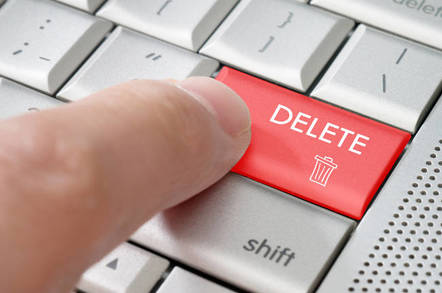 The two IT giants have been embroiled a copyright dispute since 2016, when Oracle accused HPE of improperly partnering with maintenance biz Terix Computer to sell third-party support for the Solaris operating system. Oracle argued only authorised partners could support the OS.

However, progress has been slow, with both parties filing a series of discovery dispute letters in a battle that recently saw Big Red admonished by the judge for using "extreme, unnecessary, overheated rhetoric".

The latest development suggests that Oracle has heeded this advice, with a partially redacted brief filed this week (PDF) that avoided phrases like "blatant gamesmanship" and "nonsense".

The current dispute is over HPE's claims that Oracle co-CEO Mark Hurd had been involved in "widespread, selective, and inexplicable document destruction" of information that would have been relevant to the case. The firm had requested that Oracle be sanctioned for this, saying it has been prejudiced.

But Oracle called on the judge to throw the request out, claiming that HPE's motion is untimely and based on "mere speculation".

The business "does not cite any actual evidence" that Hurd had any unique documents – "let alone" evidence they were intentionally deleted, Oracle claimed in its brief.

It complained that HPE doesn't identify any specific documents that it claims were lost, or explain how the documents it does mention – which were obtained from other sources – support the idea that Hurd had unique documents that were material to the case.

It also claimed that "almost half" of the documents identified were created before the firm's claims against Terix, meaning Hurd didn't have a duty to preserve the documents.

Moreover, Oracle said, even if HPE could show Hurd had information relevant to the case, the firm still needed to support the idea they were deleted in – as asserted – a "selective, calculated, and intentional" way.

Oracle also said that HPE had had ample opportunity to raise questions about Hurd's documents during his deposition in December 2017, but that HPE's counsel didn't ask "a single question" about efforts to preserve documents.

The database business went on to say that, rather than filing the motion after Oracle had submitted the information requested by the court in April, HPE had waited two months to file the instant motion "shortly before the hearing on the parties' cross-motions for summary judgment".