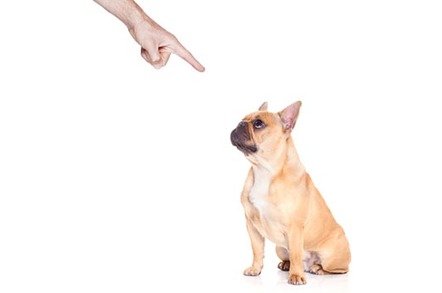 The managing director of a Manchester-based infosec firm has been fined for flying his helicopter into an air traffic control zone without permission – having first launched a rant at tower controllers.

Joel Tobias, a helicopter owner and pilot who was described by the Manchester Evening News as a “wealthy businessman”, was fined £1,600 plus £870 in legal costs after his on-frequency rant at air traffic controller Andrea Tolley.

Tobias, who owns his own Eurocopter EC-120 registered G-HVRZ, was flying his family between Lytham St Annes and Blackpool when he radioed Blackpool on 31 July last year for permission to enter its air traffic zone (ATZ).

Manchester Magistrates’ Court heard that after being told by duty controller Andrea Tolley to stand by three times while she dealt with other traffic, Tobias said over the radio: “I'm in a helicopter here that costs £550 an hour and I've waited 10 minutes for you to answer the call. It's absolutely appalling.”

He also ranted, on the Blackpool Approach frequency: “Your job is actually to take calls from aircraft and not have two-way chats with other aircraft asking how their day's going and how fun it is.”

After listening to Tobias moaning that he had “been waiting for 10 minutes for a call back,” and declaring that he was going to route around Blackpool instead of waiting, Tolley responded: “Good. Stay out of my ATZ. You need to check your radio. By all means complain”.

Tobias promptly said: “I’m the pilot in command. I’m entering the ATZ,” before doing so. Even after someone else radioed for permission to land, Tobias kept on, declaring that Tolley was “setting a safety issue now”, demanding her name and telling everyone tuned to 119.950MHz that he was going to file a complaint – something he did not do. Nonetheless, an appalled fellow pilot reported him to the Civil Aviation Authority.

CAA prosecutor Alison Slater told the court that Tobias “gave Miss Tolley no time to ask him to pass his message, as radio protocol requires,” and that he “did not give his location, altitude, destination or request permission to enter the aerodrome traffic zone (ATZ).”

“She did not know if G-HVRZ was going to enter the ATZ or not, where it was or what height it was at,” added Slater. “Potentially it caused a serious risk to other air traffic in the area.”

Tobias was reportedly not represented at the hearing. His licence was suspended after the incident and the CAA will decide whether or not to return it. In a statement, he said he “regretted” his radio calls and said he was “unhappy about the service being given and fled under pressure with regard to the route.”

Tobias is MD of Cyfor, which bills itself as a digital forensics firm. Among a list of partners featured on its homepage are iPhone hacking biz Cellebrite, as well as Symantec, Veritas and others. It is also a Crown Commercial Services accredited supplier. ®

Free speech, we've heard of it

It would cost less for council to cough for new kit

Oh we do like to be beside the Sieg Heil!