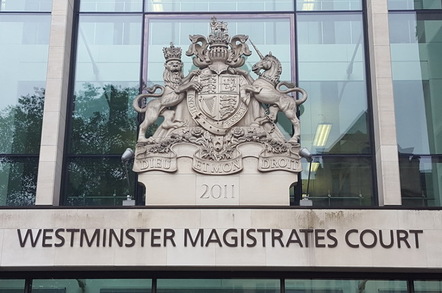 Simon Finch, 49, of Swansea, Wales, is charged under the UK's Official Secrets Act with making a "damaging disclosure" of information last October, according to top newswire Court News UK.

He appeared at Westminster Magistrates' Court yesterday wearing a black suit and yellow shirt with a patterned tie, speaking only to confirm his name, age and nationality.

Prosecutors and police claimed the offence happened "on or around 28 October 2018" and was followed by a year-long investigation by a counter-terrorism unit.

Finch is said to have "unlawfully disclosed highly sensitive information relating to UK defence without lawful authority to do so," as barrister Sam Main, prosecuting, told the Chief Magistrate of England and Wales.

"During the course of the investigation the police seized electronic devices from the defendant's home address," continued Main, adding: "He refused to provide the access codes for three of the devices despite an order from the judge to do so."

Finch is also charged with one count of failing to make disclosure of information that would facilitate access to three electronic devices, under the Regulation of Investigatory Powers Act.

Sky News reported that he disclosed the information because he "held a grievance against Merseyside Police".

He was released on bail ahead of a preliminary hearing at the Old Bailey on 6 November. The Chief Magistrate, Emma Arbuthnot, made a contempt of court order limiting what can be said about the case and banning the publication of Finch's image, according to the BBC. ®

On-Call Diplomatic sysadmin shares stories from the field, like the monkey that ate a USB drive containing classified files