Lockable doors on the server room? Those are for losers 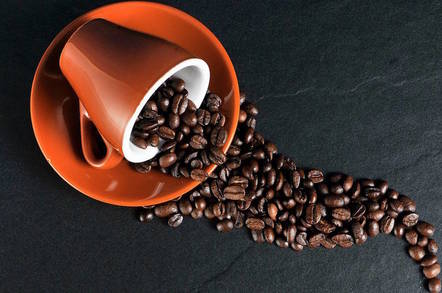 This week, we meet "Guillermo", who learned the hard way never to leave doors unlocked and unattended.

At the time, about 12 years ago, he was working in a plastics extrusion company, doing some development in Oracle Forms.

The server room in this business, "if it could even be called that", was merely a carpeted 10m2 room next to the cafeteria, Guillermo told us.

"It was also the development team room, the tech support room, the manuals and documentation storage room, and the general printing room."

(El Reg reckons this is what an estate agent would describe as a multi-functional space as they try to charge you through the teeth for it. But we digress.)

In the room were two AS/400 B20s, which held the old production control system, and a fully fledged Sun Fire T2000, which held the new software Guillermo's team were developing.

The room didn't have any access controls besides a physical lock that required two keys and was bolted outside the standard 9-to-5 working day. Otherwise, anyone could get in.

"One day, I arrived one hour and a half ahead of everyone else and started the daily grind," Guillermo said.

Being up so early left him craving coffee so he walked out to the cafeteria to seek out caffeinated sustenance.

"Guess who forgot to lock the door?"

Not 10 minutes later, Guillermo's coffee was interrupted by the shriek of the production manager, who was blaming the "systems department" for loss of revenue and "taking the whole company under".

He ran back, half-empty cup in hand, to see what the ruckus was about.

"I found a poor cleaning lady, vacuum cleaner in hand, on the verge of crying," he said.

While he was out having a coffee, the cleaner had gone inside, plugged the hoover into the same power line as the venerable servers... and blown the fuse of the circuit, bringing production to a halt.

"I learned my lesson: never to forget to lock computers and doors," he said. "And maybe, to never turn up early."

El Reg knows many, many of you will have stories about the time someone unplugged something crucial – so share your stories and they might feature in a column in the future. ®