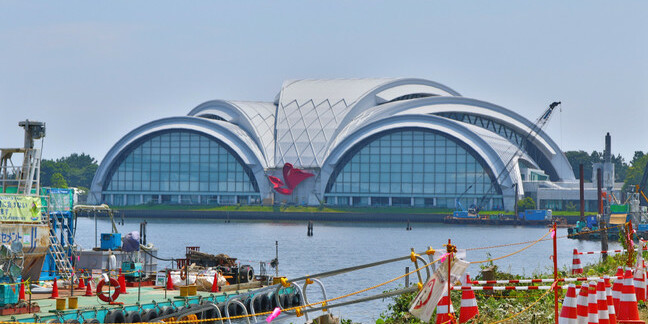 Automated facial recognition systems from Japanese biz NEC will be used on staffers and athletes at the Tokyo 2020 Olympics.

The technology – which is not without its detractors in the UK – was demonstrated at a media event in the city today.

It will require athletes, staff, volunteers and the press to submit their photographs before the games start.

These will then be linked up to IC chips in their passes and combined with scanners on entry to allow them access to more than 40 facilities.

Tsuyoshi Iwashita, head of security for the games, said the aim was to reduce pressure on entry points and shorten queueing time for this group of people.

"When the events are happening, we expect many people to come and the weather will be very hot. This is why we introduced this facial recognition."

The event doesn't plan to use it on spectators, but requiring a large group of people to submit to facial recognition tech could raise issues for privacy activists.

Such campaigners have spoken out against the technology in public spaces, voicing concerns about the storage and retention of the images captured.

The increasing use of automated facial recognition by Brit cops has spurred Liberty and Big Brother Watch to launch the UK's first legal challenges of the tech, against the South Wales Police and the London Met respectively.

Concerns have been fuelled by evidence, released under Freedom of Information rules, that the tech is not always successful. The false positive rate is 98 per cent for the Met and 91 per cent for South Wales Police.

Both forces use NeoFace Watch provided by NEC – the same firm supplying the Olympics with its kit – although matching a face in a crowd against a so-called "watch list" is a different use case to confirming the identity of someone standing in front of a scanner.

Vice president Masaaki Suanuma claimed to the media that the kit had an almost perfect recognition rate.

"99.7 percent of the time, the face is recognised by the system correctly," Suanuma is reported to have said.

"This number will not change according to nationality or if [the person is] big or small." ®