NEW, LOVELY, UNTOUCHED - a second EARTH waiting across the stars

Plus: HP forces scruffy nerds to suit up. Yargh! 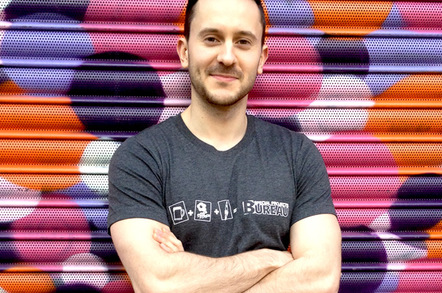 What's that, HP? Your techies can't wear this beautiful t-shirt? For shame

QuoTW Frankly the rest of the quotes this week are a bit overshadowed by the one from NASA saying that "the nearest thing yet" to the discovery of a second known Earth-like habitable world has been made.

This week also brought some embarassed philanderers, Amiga celebrated its 30th birthday and we were given a look at the inner workings of GCHQ.

Now, let's get on to some quotes:

Car maker Chrysler may have been pwned on a catastrophic scale, but it wants you to know that the wrongdoers who did it had to work really, really hard.

So should your car grind to a screeching halt on the open road, have some appreciation for what went into it:

The ability to hack a vehicle is not easy. It took the two security researchers, Charlie Miller and Chris Valasek, months to tap into and control certain systems of Miller's SUV. They are experts.

Away from tarmac trauma, meanwhile, there was yet more mega space news from NASA this week.

Researchers peering through the Kepler telescope have discovered a possible planet that is so similar to Earth it could support terrestrial life. Jon Jenkins, NASA's Kepler data analysis chief, explained:

If you travel to this star with an ark full of plants and animals we hope it would be rocky. But hopefully there would be a lot more raw materials to use and the sunshine is perfect for Earth plants; it would feel a lot like home.

Back down to (this) Earth with a bump.

Sure, HP may be a slowly-sinking ship desperately tearing itself in two, but its workers will look sharp – no matter what happens.

The Silicon Valley giant has cracked down on scruffy nerds by putting a strict dress code in place for its techies. An HP source exclusively spelled the beans to the Reg:

There are customers around, and HP doesn’t want them to think riffraff work here, So HP is asking its R&D engineers to dress smartly.

Apparently dressing well improves the holistic ambiance of a brain struggling with esoteric things like coding. That in turn improves the quality of the software products that it delivers.

If any of you consider that strategy to be a bit, well, old-fashioned, then you might be interested to hear big news in the world of anthropology this week.

Researchers believe they have found an obscure strain of humanity that may have arrived in the Americas separate from the Bering Strai migration. Little is known about "population Y", other than that the remnants of the group were unearthed in the Amazon.

We don't know the order, the time separation or the geographical patterns. Nobody looks like this. It's an unknown group that doesn't exist any more.

Speaking of obscure strains of the genus, scientists have confirmed that one homo neckbeardicus gets sent into a rage when bested in feats of sport by members of the opposite sex.

Researcher Michael Kasumovic at Oz uni UNSW and Jeffrey Kuznekoff of Miami University concluded in a study that male online gamers will throw a fit when beaten by women playing Halo.

The research, which can be confirmed by anyone who has ever played Xbox Live for more than two hours, was summed up thusly:

We suggest that low-status males increase female-directed hostility to minimise the loss of status as a consequence of hierarchical reconfiguration resulting from the entrance of a woman into the competitive arena.

Finally, we close out the week with a bit of hope for Pluto.

Following the wildly successful New Horizons fly-by, a group of planetary scientists have made renewed calls for the Solar System's favourite iceball to be returned to full-fledged planetary status.

It's very hard not to call an object with this level of complexity in its geology, and such complex seasons, a planet.

Hard to argue with. Especially with a second Earth out there now. ®