Mozilla takes a page from Google with sync-friendly Firefox Accounts

One login to sync it all 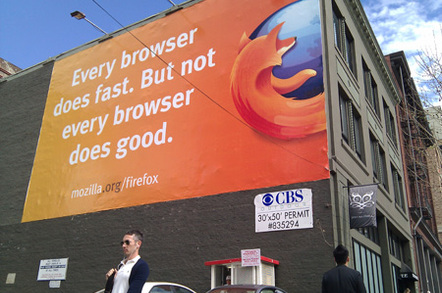 The Mozilla Foundation has taken a further step into the world of online services with the introduction of Firefox Accounts.

"While we've worked to offer services that deliver value and put users and developers in control of their Web experiences, we've never had a simple way for you to sign up and sign in to access these integrated services across our products," Mozilla's Mark Mayo said in a blog post.

In other words, with the debut Firefox Accounts, Mozilla's browser moves closer to offering what Google has delivered with Chrome for years.

Mozilla has long offered Firefox Sync as a way for Firefox users to share their browser history, bookmarks, and recent tabs among several computers. But it was clunky, requiring users to explicitly pair each new device by generating a code on one machine and entering it into another.

The new version of Firefox Sync for Firefox Accounts does away with that, enabling users to instead log into a single account and automatically receive the same browser experience on multiple instances of Firefox – including the desktop browser, Firefox for Mobile, and Firefox OS.

Or that's the idea, at any rate. For now, Firefox Accounts are only supported by the most recent build of Firefox Aurora, Mozilla's bleeding-edge experimental browser.

The revamped Firefox Sync is also the only service that can use Firefox Accounts so far, but Mozilla says your Firefox Account should eventually also allow you to log into Firefox Marketplace, Mozilla's upcoming "Where's My Fox?" device tracking and location service, and maybe even some "crazy future ideas."

If you'd like a taste of the future today, however, you can check out how Firefox Accounts work without much risk. Firefox Aurora is probably too unstable for everyday use, but it will install alongside a mainstream Firefox build without overwriting it or interfering with its settings, so you can use both.

"It might be the most carefully designed browser interface on the planet," Firefox VP Jonathan Nightingale once said of Australis. "We simplified it, but kept it powerful. It's screaming fast, and it makes you faster, too."

Here at Vulture Annex, we tend to think it just looks more like Chrome. ®