We'd love to come up with a Harbor container ship pun but we're too corona-frazzled. Version 2.0 is out 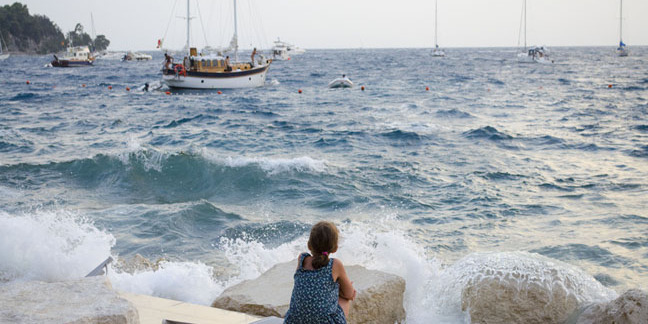 There are quite a few registries that allow you to store container images – which represent blueprints for launching containerized applications – and other cloud app artifacts that describe related metadata like Helm charts, OPAs (Open Policy Agents), and other configuration-related files.

Perhaps the best known is the open source Docker Registry and Docker Hub, a hosted implementation of that code.

Harbor was developed by VMware and put under the oversight of the Cloud Native Computing Foundation in 2018. It's used by thousands of enterprise organizations that want to run their own container image registries, said Michael Michael, director of product management at VMware and Harbor maintainer, in an interview with The Register.

OCI compliance overall remains something of a moving target. The runtime specification isn't applicable to a registry like Harbor, and the distribution spec is out-of-scope because it hasn't yet been finalized.

"The Harbor team is working closely with the OCI conformance team on what this process for validation/certification needs to look like, helping to validate Harbor and define what it means to be conformant for a registry," Michael explained.

"The OCI team would like us to validate that defined process on Harbor first so that other registries can follow suit. Right now, the OCI conformance certification process is not approved and there is no target date for approval or enforcement. The OCI team reiterates the warning on the top of the page mentioned above; the current set of conformance tests cannot be used as metric for defining conformance."

So Harbor's OCI-compliance means that it supports the full set of APIs for defining what can be stored in a Harbor registry.

"Now you have more ways to describe what a container image looks like and how it can be deployed," said Michael. "It enables you to store in any OCI-complaint registry all of the cloud-native artifacts that are important to you."

These cloud-native artifacts, he explained, allow policy rules to be applied to ensure that containers are handled securely.

For example, Harbor now supports the OCI image index specification, by which platform-specific versions of an image can be declared via an index. Also, charts for Helm, the Kubernetes package manager, can now be stored within Harbor, using Helm v3, instead of separately in a Helm-specific repository known as Chart Museum.

Also, the Clair image scanner, which looks for vulnerabilities in Harbor-stored images, is being replaced, though it will still be supported.

Version 2.0 adds the ability to set expiration dates on individual robot accounts, instead of just a single system-wide setting. It also introduces the ability to configure Harbor services to use SSL, a significant security improvement.

And it adds the ability to trigger webhooks – API callbacks – individually, so users can configure them, on a project basis, to target HTTP or Slack.