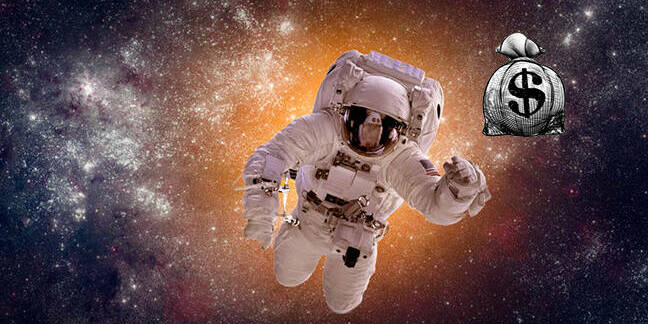 Great news, everyone (if you're Russian): NASA is hedging its bets on Commercial Crew and SpaceX by spanking a few more million dollars on another Soyuz seat this autumn.

The announcement comes a fortnight before SpaceX is due to send Space Shuttle veterans Bob Behnken and Doug Hurley on a 19-hour ride to the International Space Station (ISS) aboard a crewed Crew Dragon due on 28 May.

The terse post from NASA justified the purchase as being "to ensure the agency keeps its commitment for safe operations via a continuous US presence aboard the International Space Station until commercial crew capabilities are routinely available".

The move is not wholly surprising; the ongoing delays in the US Commercial Crew Program mean that scheduling has been getting ever tighter. Chris Cassidy, currently the only NASA astronaut onboard the ISS, launched in the final Soyuz seat purchased by the US space agency and is due to return to Earth in the autumn.

While the length of Behnken and Hurley's mission has been extended, NASA administrator Jim Bridenstine admitted earlier in May that negotiations were under way for one more seat.

There are, after all, an awful lot of hurdles that still need to be overcome before Commercial Crew can be declared "operational", most of which are concerned with getting the Crew Dragon duo to and from the ISS safely and assessing how well Elon Musk's space jalopy performed.

If all goes to plan, four more astronauts could then be perched atop another of Musk's missiles for a launch later this year.

One recent and substantial delay to SpaceX's plans was caused by a Crew Dragon capsule suddenly exploding during ground testing. That particular spacecraft had previously performed an uncrewed mission to the ISS.

Another delay could result in the nightmare scenario of no US presence aboard the space station that the country has spent billions building.

Since the Commercial Crew Program has been characterised by delays and SpaceX rival Boeing's own calamity capsule has yet to even reach the ISS (following an embarrassing set of malfunctions and quality issues in 2019), NASA's move is wise, if expensive. A report from Russian news orifice Tass put the cost to US taxpayers at "more than $90m".

If you fancy a crack at docking the Crew Dragon to the ISS but don't feel Musk is a worthy recipient of your millions, SpaceX has made a simulator for wannabe 'nauts. ®