It's over, Amazon, we have the high ground (and all you had was a high price) says Redmond 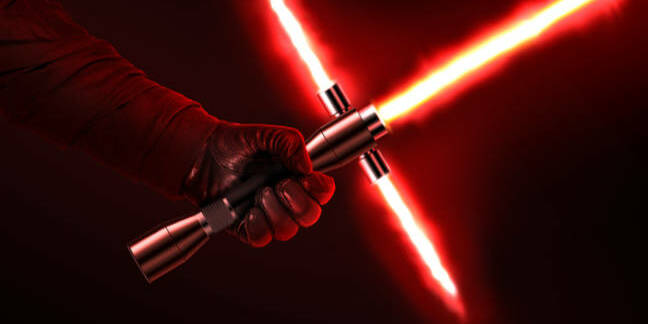 So says Microsoft corporate veep for comms Frank X Shaw, who has blogged that the appeal was filed on Tuesday directly with the US Department of Defense.

Shaw says the complaint is confidential and Microsoft doesn’t know what’s in it.

But he’s nonetheless opined that Amazon must be seeking a way to re-submit its bid at a lower price.

“Amazon alone made the choice to bid high, but now wants to find a way to avoid the consequences of its own bad business decisions,” Shaw wrote, while wrapping himself in the flag by recalling his service us a US Marine and pointing out that any delay to the JEDI project will mean America’s military have to make do without all the goodness that is cloud.

“Again, we don’t know the content of Amazon’s complaint, as it avoids the public scrutiny of a court filing,” Shaw wrote. “But we do know that the changes DoD have made based on the judge’s ruling do not allow Amazon to undo its earlier business decision to bid high, which resulted in their loss. It does not allow Amazon to completely re-do its pricing, especially now that it knows Microsoft’s price and has a target to shoot at. And it does not allow Amazon to tilt the playing field in its favor.”

Amazon’s earlier objection was based on its contention that Microsoft’s bid relied on non-compliant storage technology and should therefore have been ruled out.

That suggestion is due in court come August 2020.

But as our ongoing coverage has chronicled, the JEDI deal has turned up all sorts of weirdness including President Trump seemingly putting his thumb on the scale due to his animus towards Amazon founder Jeff Bezos, lawsuits from Oracle, recusals due to potential for accusations of nepotism, and all sorts of deep procurement geekery about the very structure of the contract itself.

The single-vendor contract is worth $10bn over ten years and will likely result in so strong a dependence on the winner that extensions are inevitable, so is well and truly worth some lawyers and PR blog posts. ®

Amazon has shot back at the Windows giant, with Drew Herdene, veep of global corporate communications, thundering: "Microsoft has published multiple self-righteous and pontificating blog posts that amount to nothing more than misleading noise intended to distract those following the protest."

You can find AWS's rebuttal here.