Doesn't play well on iPhones, but bureaucrats rushed it out rather than wait months for perfection. Meanwhile serious bug reports have emerged 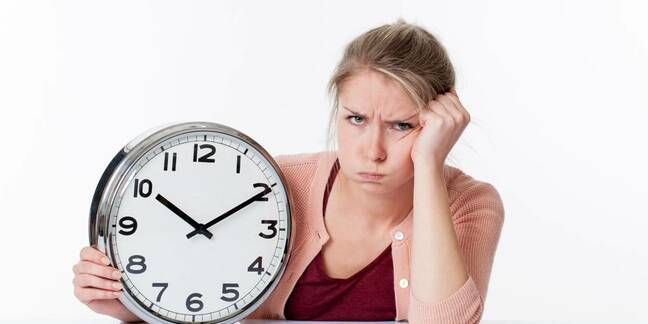 Australia’s “COVIDSafe” contact-tracing app was rushed to market in the knowledge it would perform poorly on some devices and without agreements in place to let actual contact-tracers use the data it collects. As a result, no collected data has been used in at least 10 days since its launch.

Meanwhile, security researchers have alleged the app has serious flaws – one of which can broadcast the names of devices running the app – and one has criticised Australia’s government for not offering a formal method to point out such problems.

News that data is not yet flowing emerged yesterday at a hearing of Australia’s COVID-19 select committee at which officials from Australia’s Digital Transformation Agency, Attorney-General’s Department and Department of Health gave testimony. The transcript [PDF] of the meeting reveals:

Serious flaws, no bug bounty, no evidence of engagement

Security researchers, meanwhile, continue to find problems with the app.

Geoffrey Huntley, a security researcher who with colleagues and acquaintances has decompiled the app’s Android .APK and observed the iOS app running with a debugger, told The Register he has found a flaw in the app’s use of unique identifiers that retains one value instead of making a change every two hours. He also said the app’s Bluetooth implementation makes it possible to read device names with a Bluetooth beacon.

Huntley also labelled the lack of a bug bounty program for the app “unusual” and said only personal relationships with government staff afforded him a channel through which to report his findings – after mailing government agencies' public email addresses with details of bugs and not receiving replies for a week.

Australia’s app uses some of Singapore’s open source contact-tracing code. Huntley said he found flaws in Singapore’s code, reported it to developers there and saw changes made on the same day. He said he’s since informed Australian authorities of the same problem and seen it left in place in an app update that he said has changed nothing of substance. His research and opinions are detailed in this Tweet and subsequent thread.

Issue 1 (which is a privacy breach) in @jim_mussared's research was confirmed by the Singapore team. It was fixed same day. It has not been fixed in the Australian app.

Nb. I also disclosed see above tweets about being ignored. pic.twitter.com/wtGsy8Ki5R

Huntley has called upon those responsible for the app to implement formal customer service and developer community engagement tools, as he feels the app is a worthy weapon in Australia’s coronavirus response. However he has withdrawn his personal support for the app until the privacy issues he has identified are addressed.

Australia’s government, meanwhile, continues to tie increased adoption of the app to future lightening of social distancing regulations. Over five million Australians have downloaded the app at the time of writing, however with iPhones the majority of the national phone fleet COVIDSafe’s efficacy is currently questionable. ®