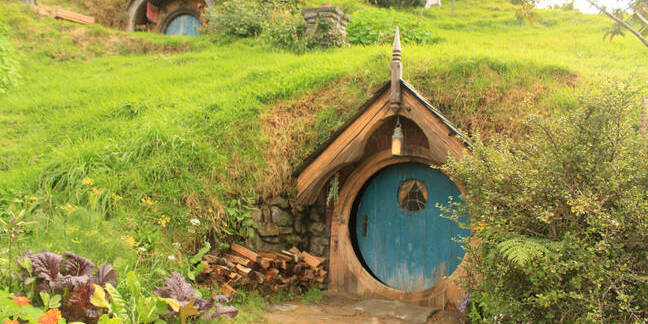 The LoTR movie set for Hobbiton in New Zealand.
Hands up who wants to see a data centre in a Hobbit hole?

Microsoft has announced an Azure region in New Zealand.

Aotearoa, to use the native Maori name for the country, will not be the least-populous nation to host Azure: Qatar has about two million fewer residents than New Zealand's five million. But New Zealand is comfortably the most remote Azure outpost as it has just three submarine cables connecting it to the USA plus three that route directly to Australia.

None are shorter than 2,000km, which won't make for crippling latency but may reduce the region's utility as a bottom-of-the-world bolthole for those who like extreme geographic resilience.

Microsoft said the new build will be a proper three-bit-barn region, located in Auckland and named "New Zealand North". Auckland is New Zealand's largest city and while it hasn't seen volcanism for 600 years, it is considered active (albeit not in a time frame expected to bother even the youngest Reg readers).

Microsoft said the region will offer Azure, Microsoft 365, Dynamics 365, and the Power Platform.

The New Zealand region will be Azure's 60th – if local authorities sign it off. The Register can't imagine that won't happen in the current economic climate even if Microsoft has slowed some Azure builds due to coronavirus. Microsoft has not said when it expects the region to open. ®

A hat-tip to submarinecablemap.com, a resource that's fascinating, free, informs many Reg stories and helped us to consider the new Azure region's properties.