Beware the dead hand of the product categorisation bot 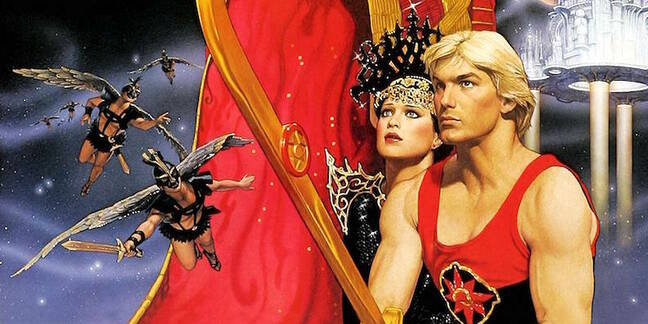 Bork!Bork!Bork! Welcome to another in The Register's series of computers behaving badly. Today's instalment is a little different to the usual run of blue, and may reassure those concerned that the machines will one day rule the world.

Sent in by Register reader Dave S, this bit of borkage comes from the department of "you recommend what?"

The recommendation panel is a familiar sight on many retailer's pages, and used to encourage punters to part with cash for extra gear. "If you like this, then you'll really like this," exhort Bezos and his ilk. The same principle is used to direct a customer to in-stock items when something is unavailable rather than the horror of a browse with another retailer.

In this instance, Dave was looking for some storage. He's not alone. The cloud vendors have been feeling the pinch a little as demand for their services has rocketed, fuelled by a chunk of the world's population suddenly sat at home.

He was considering one of Rubrik's storage appliances, the r6412s, which is aimed at large-scale environments. It's a bit of a beast – the specs [PDF] have the 2U rack-mounted device rocking four 10-core CPUs, 384GB DDR4 RAM, 144TB of HDD storage and four 400GB SSDs. Little wonder the thing needs 985W.

Sadly for Dave, however, his electronic retailer of choice, TigerDirect, lacked stock. Doubtless the suits from one or another cockroach of tech (those cloud vendors that always seem to do well no matter what disaster has befallen the world) had already swooped.

No matter, though. TigerDirect had the perfect alternative to a four-node, 144TB HDD rackmount storage monster... A USB 3.0 memory card reader.

It's certainly a lot cheaper, and we've seen some intriguing storage arrays built from similar. One prominent Linux vendor demonstrated a Ceph cluster built from a dozen or so Raspberry Pis at a recent conference, although the engineer responsible told us: "Never do this," with a haunted look in his eye.

But "You May Consider This Alternative"?

We've contacted TigerDirect to find out just how in blue blazes this is a replacement for that. As Dave drily observed: "I hadn't realised the two items were so similar."

We have a sinking feeling it is likely due to an idle click by a bored minion somewhere down the line, tagging Rubrik's finest as a mere Smart Media Reader. We suspect CEO Bipul Sinha might have a thing or two to say about that. Then again, the company does have some experience with the odd configuration cock-up.