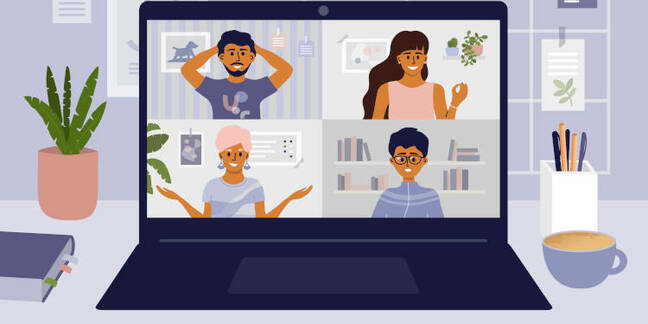 A judge has ordered Cisco to use arch-rival Zoom rather than its own video-conference offering Webex to virtually attend a patent-infringement trial.

Virginia District Court Judge Henry Morgan this month dismissed Switchzilla's request to appear via its own software for a bench trial due to start May 6. Physical courtroom hearings have been abandoned in the US state due to the COVID-19 coronavirus outbreak, with proceedings held via Zoom.

The judge rejected Cisco’s arguments that Zoom posed a security threat to Cisco by risking exposure of commercially confidential material to the wider world. Zoom was under-fire for its weak encryption, and for routing some connections unnecessarily through China, though version 5 of its application is said to address those flaws.

“The judge also rejected Cisco's argument that using its own Webex software would be safer, noting that using the company's own program could open it up to prejudicial accusations if the technology fails during the trial,” legal newswire Law360 noted yesterday.

The legal clash stems from Cisco's acquisition of malware analysis firm Threatgrid in 2014, which had partnered with Centripetal. It is claimed Threatgrid's software incorporated Centripetal's patented technology under that partnership, and that this technology has made its way into various bits of Cisco gear, including its IOS XE 16.6 firmware and some of its ASA firewalls, post-acquisition. Centripetal isn't happy about that.

Centripetal also alleged that after demonstrating its wares to Cisco in 2016, the networking giant began selling products that copied its patented intellectual property. ®