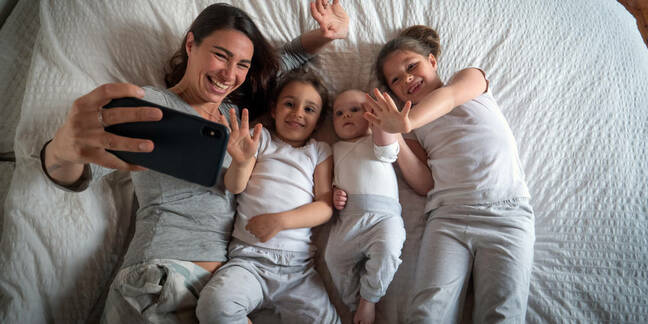 Apple has agreed to settle a class-action lawsuit brought by folks upset the iGiant broke FaceTime overnight on millions of iPhones. The settlement amounts to a few bucks a device, meaning the Cupertino giant almost certainly made a net profit in the process.

This week the Tim Cook-led corporation said it would pay $18m [PDF] into a fund to compensate the estimated 3.6 million people living in California for whom the video-conferencing app suddenly stopped working on their iOS 6 smartphones in April 2014.

The $18m sum is a third of the fair compensation the lawsuit's claimants had calculated. Apple had made it plain it would aggressively fight the case for years, though, and so a decision was taken to settle for a lower sum. After all, Apple has been battling for more than a decade a separate legal claim that ultimately led to the FaceTime breakage, and is still firing away even after the US Supreme Court snubbed it.

About half of the settlement money will foot lawyers’ bills and pay a company to disburse tiny checks to people, possibly as low as $2.44 to $3 per Californian, depending on how many claim. If there is any good news, it’s the fact those eligible won’t have to apply for it, but should receive e-checks to their email addresses: Apple estimates that it has the details for 90 per cent of those eligible, and we suspect the remaining 10 per cent won't bother to collect.

The two people who brought the case, Christina Grace and Ken Potter, had four in-person mediation sessions and spent three years and countless hours trying to drag compensation out of Apple for killing FaceTime. They will get $7,500 apiece.

Meanwhile, the lawyers – Steyer Lowenthal Boodrookas and Smith in San Francisco and Pearson, Smith and Warshaw in Los Angeles – will get up to $7.9m, and the check disbursement company Epiq Systems will get $1.4m. No surprises there.

Apple changed the way FaceTime worked in 2014 because a court found the software infringed VirnetX's patents, and Apple had been ordered to pay $368m. FaceTime was revised to avoid those patents, and a new version was pushed out in an operating system update, iOS 7.

However, millions of iPhone owners chose not to update their smartphones because iOS 7 was resource hungry and slowed down their handsets, so they stayed on iOS 6. In order to avoid continuing to infringe VirnetX’s patents before iOS 7 was released, Apple had stopped using a peer-to-peer technique for routing calls, and instead put some FaceTime calls through a relay run by Akamai. But that relay cost Apple money.

And so, after iOS 7 was released, Apple let a digital certificate expire that killed FaceTime for anyone using iOS version 6 or lower, and thus there was no longer a need to operate and pay for the relay. Everyone was expected to upgrade to the non-infringing FaceTime in iOS 7, which didn't need the Akamai's system.

Apple claimed at the time this sudden loss of connectivity was a "bug," and that users should upgrade to iOS 7 to fix the knackered chat app. But internal documents suggest that Apple knowingly broke FaceTime because it was costing it money. "Our users on [iOS 6] are basically screwed," an Apple engineer noted in an internal email quoted in the lawsuit.

When those with older iPhones complained, saying that iOS 7 made their phones run unacceptably slowly and that they preferred iOS 6, Apple told them to buy its latest and greatest expensive handsets, which came with iOS 7. And that sparked the lawsuit [PDF].

The 3.6 million folks who will receive compensation are only a small fraction of those impacted: the judge refused to make the class-action a national lawsuit, so only those living in California are covered. In fact, the recipients are only California residents that owned an iPhone 4 or 4S on April 16, 2014 and were running iOS 6 or earlier.

If people don’t bother to cash their checks, the remaining fund money will go to the Rose Foundation, which funds community projects in the Golden State, which will decide how to disburse it.

Given the fact Apple’s decision to cut off FaceTime users meant it did not have to pay for the relay for an extended period, and it strong-armed people into upgrading their handhelds, the lawsuit is almost certainly a net positive financially for the Cupertino corp.

A final hearing is set for September, giving users plenty of time to plan how they will spend their life-changing cash influx. ®