Cortana, why are you still here? Microsoft makes the long-suffering assistant chattier for more countries with new Windows 10 build 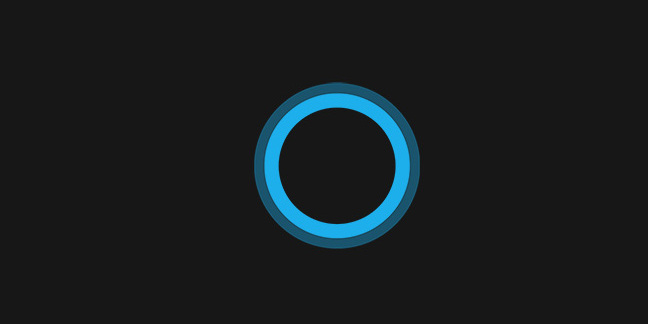 Microsoft began the run up to the weekend with a pair of new Insider builds for Windows 10 and the return of an old friend.

An otherwise humdrum Fast Ring emission in the form of build 19613 was enlivened by the realisation within Microsoft that there are parts of the world outside the US of A as Cortana had more functionality turned on for other countries including Britain.

Cortana is destined for the Microsoft 365 world, having been partially excised from Windows 10 and seen the original dream for its Alexa-baiting future snuffed out with the demise of Windows Phone and failure of Cortana-powered smart speakers.

Insiders using the Cortana app (which feels more like a chat bot) in the newly supported countries have had Bing Answers and Assistant Conversations turned on. We had a play, and in response to the suggested "What's the weather?" the bot confirmed what was visible outside the window.

"What can you do?" we asked (as Microsoft suggests). "You could ask me to pull up a recipe?" it responded.

Microsoft also suggests asking Cortana to convert one inch to centimetres, to which it responded that one inch was 2.54 "centimeters", so the US influence is not entirely absent. We also asked the existential "Why are you still here?"

The build is otherwise a little light. There are fixes for app icons failing to display properly on the task bar and Visual Studio ignoring clicks when run on systems with multiple monitors.

Problems, however, persist with access errors when being a bit too clicky on the new WSL File Explorer integration and IIS still struggles to remember its configuration for some users. This remains very much preview code.

Having proudly announced that build 19041.207 was the one and having begun the process of shunting it to the Release Preview ring ahead of General Availability, Microsoft surprised nobody by dropping build 19041.208 into the Slow Ring.

After all, it wouldn't be Windows without a constant flow of tweaks, fixes and the very occasional catastrophic explosion.

The fix is quite an important one since it deals with an issue that affected the NPLogonNotify function, used to notify a credential manager that a logon event had occurred or authentication information changed.

The fix is not yet in the Release Preview Ring, although Insiders should expect it to make an appearance before long unless further nasties are found in testing. ®