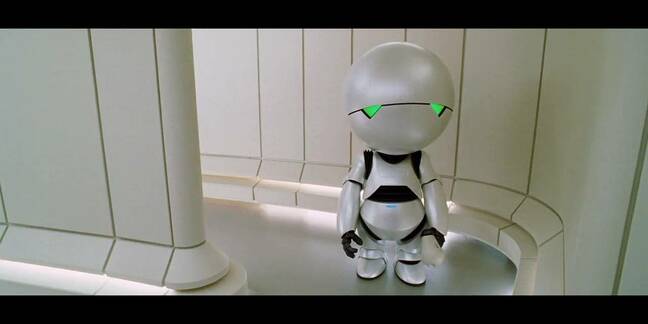 Once upon a time, Paranoid Android was a towering force in the custom ROM world. Then it just… disappeared, allowing rivals like LineageOS to take its place. But, like Lt Commander Data in the final episode of Star Trek: Picard (sorry, spoiler alert), it's back, bringing with it a custom Android 10 image for nine phones.

Dubbed Paranoid Android Quartz, this build expands upon the previous versions, bringing across features like “Pocket Mode,” which is designed to stop accidental screen-presses when a phone is shoved into your Levis. There's also the latest April 2020 Android security patch, as well as various Google apps, like the Play Store.

Custom ROMs often tell the user to download the Play Store separately, due to licensing concerns. It'd be interesting to see how Paranoid Android's devs got around that, or whether they're counting on the mercy of the Chocolate Factory.

This is the first stable Paranoid Android ROM since 2018, when Google released an image running Android 7.0 Nougat. Why the hold-up? Part of the problem was the project's difficulties in retaining and replacing developers who have jumped ship to the corporate world.

The vast majority of Android vendors release phones with their own bespoke environments. Samsung has OneUI (formerly TouchWiz). Huawei has EMUI. Oppo has ColorOS. There are only a handful of outliers, like Motorola and Nokia. And this trend allows vendors to differentiate themselves in a fairly meaningful way.

But to make these environments, vendors need people with the intimate OS-level expertise. It's always easier to acquire someone from an open-source project than train your own in-house staff. And OnePlus is perhaps the best example of that trend, hiring several key Paranoid Android developers in 2015 to work on its own OxygenOS skin.

Once those devs have left the building, it can be hard to replace them — spinning release schedules into turmoil, and costing projects valuable public interest. Now, after a few years in the wilderness, it looks like Paranoid Android has finally recovered.

"Last year, we asked our community if anyone would be interested in becoming developers and device maintainers for Paranoid Android. Gradually, our team has grown and we feel we have now reached a point where we have an incredible team that has the skills and ambition to produce a product that we are all proud to release," a project blog post states..

So far, only a handful of device-specific builds are available, including for the Asus Zenfone Pro Max M2 and M1, the Essential Phone, the OnePlus 3, 3T, 6, 6T, and 7 Pro, the RedMi 5, and the Xiaomi Mi 6 and 9. Support for other OnePlus, Pocophone, Sony Xperia, and Xiaomi devices will trickle out in the coming weeks. ®