Oh Hell. Remember the glory days of Demon Internet? Well, now would be a good time to pick a new email address 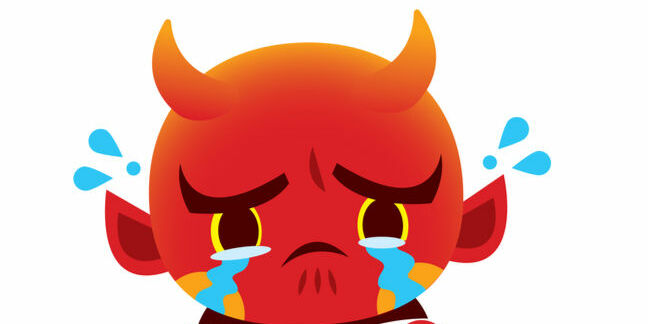 Pondering how to fill your days? Fear not – if you're still using the Demon sub-domain for your email address, you'd best start telling your contact book that changes are afoot.

Vodafone confirmed last year that ye olde UK ISP Demon Internet was for the chop, and it looks like it is now the end of the road for demon.co.uk.

In an email seen by The Register from internet services outfit Namesco, notice is given that while the Demon sub-domain had been available to customers thanks to a licence awarded to the company, "the arrangement was always temporary and the license period has now come to an end."

In a nutshell, services attached to the domain will shortly stop working. Just the small stuff, like incoming email traffic.

The cut-off is due on 29 May and users must swiftly pick a new domain name and tell their pals that it has changed. This would include services that might require an email for password resets and the like.

Namesco's take is: "It is important that you make this change as soon as possible and communicate your new email address to important people ahead of time."

We suppose letting an email bounce is easier than having to tell someone that they are somewhat less than important to you. Soz.

Still, Namesco is offering affected punters a .co.uk, .uk or .com domain for free for a year, or an alternative sub-domain that it controls itself. Wisely, it advises that customers opt for their own personal domain, which would avoid this sort of faffing in future. Just ask those orphaned by Tesco or Which?

The Register contacted Namesco to find out why the notice was so short and why the licence could not be extended, but were directed to Vodafone, which picked up the Demon brand back in 2012 as part of its Cable & Wireless acquisition.

Vodafone told us: "We notified customers of our decision to close the free Demon broadband email service in 2016. However, in order to give them more time to move to an alternative service, they were given the option of becoming a Namesco customer and therefore retain their current Demon email address on a temporary basis."

It added: "Namesco has been responsible for migrating customers over to alternative sub-domain names for some time."

One reader told us his email address went back more than two decades, to the era of dial-up, making unpicking his network tricky. Another bemoaned the hammering of yet another nail in the coffin of Blighty's ISP past.

Another reader reported receiving a call from an outfit purporting to represent Vodafone and offering to migrate his account. Provided he handed over his account details. Nice to see the miscreants clambering aboard the scamwagon.

Vodafone told us "Vodafone has not carried out any outbound campaign in relation to the use of the sub-domain names since it was taken over by Namesco."

It added: "Anyone with concerns should contact them directly to discuss in more detail."

Demon Internet itself first appeared back in 1992, flinging dial-up services at customers, and was snapped up by Scottish Telecom in 1998. While not the first UK ISP, it did much to popularise the internet in Britain.

Sadly, time appears to be up for those email addresses that hark back to that simpler, slower age. ®