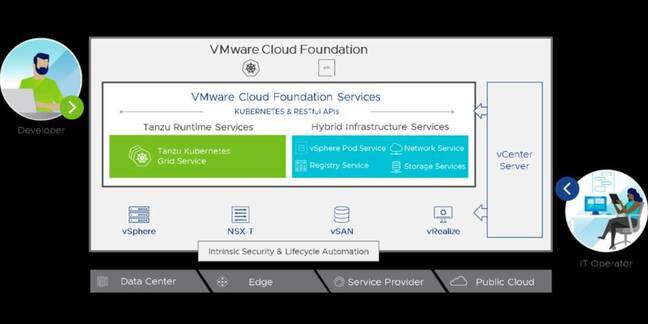 VMware has finally delivered on its vision to integrate Kubernetes and vSphere, by making Cloud Foundation 4.0 generally available.

Virtzilla teased this at VMworld 2019 and then launched it in early March 2020. But that was really more teasing because it turned out that Kubernetes capabilities only come with Cloud Foundation, so first we had to get the launch of vanilla vSphere 7 out of the way.

And that’s all before you add Tanzu, VMware’s SaaS-y cloudy services for containers.

To complicate matters just a little more, VMware today launched VMware vRealize Operations Cloud. This new services replicates vRealize Operations 8.1 but as a cloud service that can drive any of VMware’s stuff no matter where it runs, including in AWS.

In other VMware news, the company has decided not to run a physical VMworld this year and has combined its North American and European events into one big late virtual virtualisation visitation in late September. ®