So how do the coronavirus smartphone tracking apps actually work and should you download one to help? 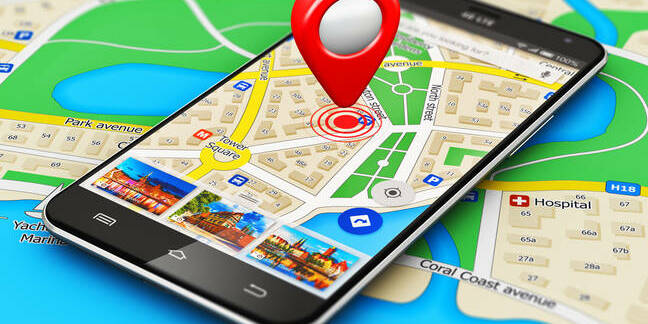 In an effort to fend off the coronavirus while getting economies restarted, the world has hit on the same idea: a smartphone app that alerts people if they have been close to someone who has the virus.

It may be the only effective solution to mass lockdowns; the virus is spreading “too fast to be contained by manual contact tracing, but could be controlled if this process was faster, more efficient and happened at scale,” researchers from the University of Oxford have concluded in a new paper.

They argue that “a contact-tracing app which builds a memory of proximity contacts and immediately notifies contacts of positive cases can achieve epidemic control if used by enough people.”

There are already COVID-19 apps in use in China, Hong Kong, Russia and Singapore and both the US and Europe are working hard on their own versions that could be released before the end of the month.

Not all these apps work in the same way however and with experts saying that to be effective they would have to be used by at least 60 per cent of the population, it is critical that whatever approach is taken is acceptable to a vast majority of the population.

So far there have been two main approaches and a third has been proposed by tech giants Apple and Google. These are them:

The first approach is also the simplest: using your phone’s built-in GPS receiver and get everyone’s location to within a few meters. This is tried-and-tested technology used by a huge array of smartphone apps to give people everything from directions to local listings, and so it is quick, cheap and easy to do.

But there are problems, the most significant of which is that all that data needs to be assembled and analyzed in a central location in order to be effective. If someone reports they are positive from the virus, it is possible to go back in time and see where they were physically and then warn everyone that was near them that they should seek to quarantine themselves to prevent further spread.

Technologically this is a good system but how it is implemented is crucial. In China, the government has told everyone it must download and run the app and has put monitoring at most public spaces, such as public transport and shops, to enforce it.

The Chinese app has been simplified to give people one of three statuses: green, yellow and red. Green means you are free to travel around - and you will be constantly asked to show your green status - but those with yellow and red colors will be prevented from moving around.

The problem is that the system puts all decisions in the hands of a central system that is not perfectly accurate. There have been countless reports of it producing false positives: people listed as being red despite having no symptoms and having being stuck at home for weeks, or people who leave their house to go to work with a green symbol that then, inexplicably, turns red in the middle of the day, causing no end of problems.

The Chinese government has not explained how the system works so the ability to find and fix bugs is limited and many are fearful that it amounts to constant government surveillance. Users are required to provide personal details when registering and location data is shared with the police.

South Korea also uses a GPS app which citizens are required to download but only works to make sure people don’t leave a specific quarantined area.

China, Hong Kong and Russia are all using this system where people are required to scan (or be scanned) at public places and the resulting data is then sent to central servers. The system means that people can be pinpointed to a specific location at a specific time - which can then be tracked back if someone is later found to have the virus.

This is also, in theory at least, a technologically savvy way of keeping track of the movements of millions of people. But it does mean a lot of people scanning and being scanned and that brings both time delays and inevitable tensions.

It is also not the most effective solution: just because someone has been in the same building as someone with COVID-19 doesn’t mean they have been affected; they could have never been closer than 100 meters, or they could have been sat next to them for hours, the system can’t say.

It also send vast quantities of location data, each attached to a specific individual, to a central database with no certainty on how it will be used or how long it will be stored.

This is the latest method - and one that is being pushed by Google and Apple as the best solution to tracking and tracing. It will end up in apps in the US and UK, and likely across Europe.

Unlike the other systems that have been run centrally and with very limited information about how they function, Apple and Google have published the APIs that they propose using and focused on how to put the user in charge of their data.

In this case, the system uses your phone’s Bluetooth function. Bluetooth uses short-wavelength UHF radio waves to transmit data over short distances. Your phone constantly broadcasts a Bluetooth identifier that allows others nearby to see it and connect to it.

Apple and Google’s system would use this function to keep a record - on your phone - of every other Bluetooth device that you come close to - an effective method of knowing that your device was physically close to another device. If someone is then diagnosed as having COVID-19 they can self-declare that fact and their phone will release the identifiers of all the other devices that they were close to over the past 14 days.

Other people’s devices will then grab this list of identifiers and if their phone is on the list, they will be informed that they were close to someone with COVID-19 and may need to quarantine themselves.

This approach has several advantages: it doesn’t require precise location data, only relative location - you were close to this other person but it doesn’t matter where exactly you were when you were close to them. It also avoids the issue of a centralized database and control, with all the relevant data stored on individuals’ phones; data that is effectively worthless from a financial perspective. And it puts the reporting of a positive result into the hands of the individual.

The API documents foresees a Bluetooth identifier changing every few minutes with each phone having a single daily tracker that is used to generate a day’s worth of identifiers before being changed the next day: the idea being to make it hard-to-impossible to track a specific phone and hard for people to push false claims into the system by generating false identifiers.

Another advantage to publishing the technical details is that anyone will be able to produce an app and Apple and Google will then only be acting as gate-keepers for the apps themselves, checking that the apps don’t do anything malicious (watch out for that Facebook update). By working together to create a seamless system, it means the majority of smartphones on the market will also be covered.

In the UK and US, citizens are less likely to respond to an edict from the government to download a specific app, and they are far less likely to accept constant checks and roadblocks by others, so this approach is likely to gain broader acceptance.

It also means that the app will be able to work in the background - rather than having to be open all the time or have the phone unlocked - and shouldn’t use too much battery power.

On paper at least, it looks like a viable solution that could help limit the spread of the virus until a vaccine is available while also allowing people to move around more freely and so get the economy back up and running. It's worth noting though it did require the manufacturers of the phone’s operating systems themselves to develop it; the other methods of GPS and QR codes could use existing phone functionality.

All that is required if this system works and people produce apps to make it work - which seems very likely - is widespread, accurate testing. But that is a whole other issue. ®