Brave has updated its Android web browser and claims a 5 per cent battery saving versus the previous release.

The new release is version 1.5.120, already available in the Play Store, which has been "completely rebuilt over the past few months", according to the company. Brave also said the code repository is now shared between the mobile and desktop versions, a unified codebase that will enable "easier implementations of features". Brave continues to be based on the Google-sponsored Chromium project. 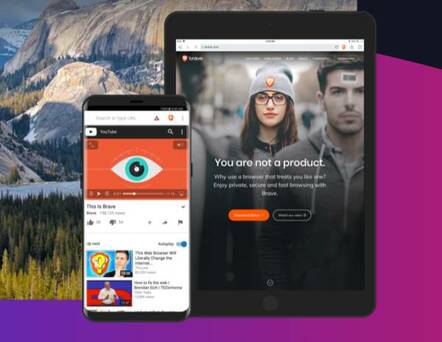 Brave claims its Android browser will improve your battery life

Does a web browser have much influence on power consumption? According to mobile solution company Greenspector: "Web browsing and social networks are on average more [power] consuming than games or multimedia applications."

In its December 2019 test, the worst-performing Android browser for power consumption (Opera Mini) consumed nearly double the mAh of the best performing (Ecosia). Firefox comes out badly in its results, though the new Firefox Preview is much improved, while the ubiquitous Chrome browser is among the better performers. The issue with Opera Mini is that it uses a proxy to compress the size of websites, but the unpacking operation on the mobile device consumes power. 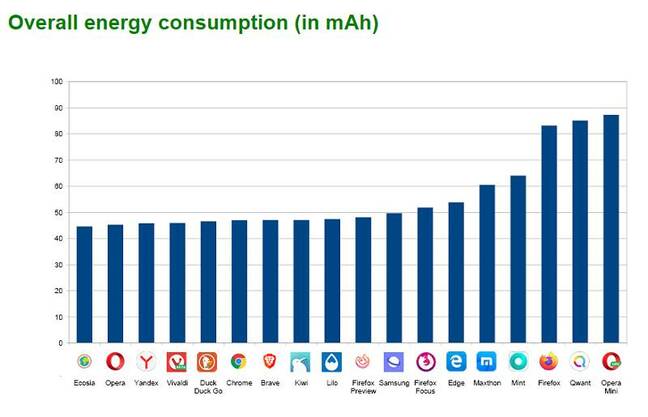 Greenspector's overall ranking, which ranks Vivaldi best and Firefox worst, also takes into account data consumption and performance. Data consumption varies according to cache usage and features like the extent of the search that takes place when navigating.

The company performed tests by sequentially loading the top 10 news sites and simulating user behaviour by scrolling up and down a few times. The tests were done on a Samsung Galaxy J3 running Android 9.0, on what the company described as "a fast Wi-Fi network in North America".

In truth, the figures are somewhat arbitrary. A large chunk of the saving came from a change in auto-play behaviour, which reduced the bandwidth of one of the websites in the test by nearly 30 per cent. Brave also tested against the 717 sites selected from Alexa's top 1,000 and it is hard to tell from its report which figures are based on the 10 news sites, and which on the larger number. The answer is not to pay too much attention to the exact figures, but rather to note that the choice of web browser, blocking technology and the type of sites visited all have a significant impact on power consumption.

The browser maker has incorporated power consumption into its Continuous Integration (CI) process, using measurements from BatteryLab, a battery measurement platform created by Brave in association with Imperial College London and Northwestern University. ®