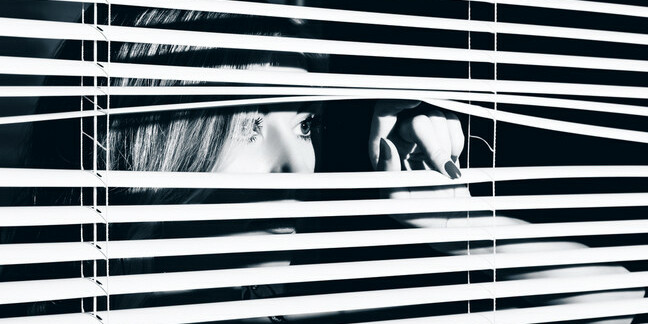 Updated Australian prime minister Scott Morrison may have to eat his words on how to limit the spread of coronavirus after the country's westernmost state announced "extreme and draconian" measures all of its own.

On Sunday, as Australia went into lockdown and banned gatherings of more than two people, Morrison scoffed at a journalist's suggestions that Australia could follow the UK in potentially tracking anonymised mobile phone data to check folk are following the new rules.

The PM told a press conference: "I mean, in China they were welding people's doors shut. That might be OK with them, but what I'm saying... And the UK is a different society to Australia, I would also stress."

Such measures are a bit of a red flag, as Privacy International explores here, and Morrison was trying to make clear that Australia is not an authoritarian surveillance state and tracking people's mobile data would not be becoming of it.

Britain, on the other hand, has been merrily eroding its citizens' privacy and freedoms for years now, and authorities seem cock-a-hoop with the new powers vested in them to control the pandemic – just check out South Wales and Derbyshire Police's drone-based stroll-shaming tactics, which are a bit too reminiscent of Half-Life 2 to be comfortable.

But while Morrison was adamant that the Aussie government would never pursue surveillance through mobile data like the UK might, yesterday Western Australia tore whole pages from Britain's creepy drone playbook.

According to WAtoday, police forces throughout the state will deploy drones to public spaces to enforce the new gathering rules in a move Western Australia Premier Mark McGowan admitted was on the nose.

"I understand this is extreme and draconian; this is not normal, but we want to send a message to people," McGowan was quoted as saying. "The primary objective is to reinforce the serious nature of the environment we're in."

McGowan said the UAVs, which are operable from up to a kilometre away, would be fitted with lights, speakers and sirens in a bid to get chummy antipodeans to break it up and stay indoors.

We'll see how long it takes before someone breaks and smacks one of the buggers with a crowbar. ®

Speaking of Western Australia, it's going to install in-home surveillance systems for those who flout quarantine rules.