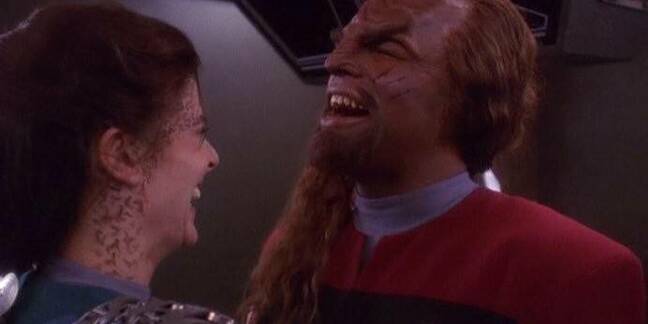 Roundup Hello Reg readers. Here's a quick roundup of bits and pieces from the worlds of machine learning and AI.

Are you in Clearview's database? Probably: Folks covered by the EU’s GDPR, the California Consumer Privacy Act, and similar laws, can ask Clearview – the controversial face-recognition startup that scraped three billion images of people from the internet – to reveal what images it may have of you in its database and delete them.

That’s what Thomas Smith, co-founder and CEO of Gado Images, a computer vision startup, did for OneZero. As a resident of America's Golden State, Smith filled out a California Consumer Privacy Act (CCPA) form demanding Clearview send him the profile they had on him. He could see what images Clearview had managed to scrape from the internet, and where they got them from.

He had to provide Clearview with a picture of himself along with a copy of his driver’s license. Clearview had collected 10 images of Smith; some were taken from social media, such as Facebook, but it also went as far as to download snaps from he and his wife’s personal blog and a Python meetup group in San Francisco. One of the 10 images, however, looks like a case of mistaken identity.

The images in Smith’s profile are accompanied by URLs pointing to where each photo was nabbed. By clicking through these links, a Clearview customer – typically the police – running a search using Smith's photo would be able to figure out personal details like where he works, where he went to university, whom he’s married to, and who some of his friends are. That means things like stills from CCTV could be used to pull up the entire life of those pictured in the image.

The app has been served cease-and-desist letters from Google, YouTube, Twitter, and Facebook to stop lifting images from their platforms, and to delete any existing ones it has in its database.

If you want to get your data from Clearview, and are eligible under CCPA or GDPR, Smith recommends sending Clearview an email to privacy@clearview.ai to request your profile. “Follow any instructions you receive,” he said.

“Expect your request to take up to two months to process. Be persistent in following up. And remember that once you receive your data, you have the option to demand that Clearview delete it or amend it if you’d like them to do so.”

But if you don’t live in California or in the European Union, or somewhere with similar laws, the best thing to do to prevent startups like Clearview from snaffling your data is to make your social media profiles private. Don’t post snaps of your mug anywhere on the internet that is available for anyone to see.

This isn't totally avoidable, however. If your friends upload pictures of you, Clearview can still scrape them as long as they’re public.

Hey AI, is it going to rain today? Training machine learning models to predict whether it's going to rain or not by looking at the movement of clouds gathered by weather stations or satellites is all the rage at the moment.

Researchers over at Google have developed MetNet, a deep neural network that can forecast where it’s going to rain in the US up to eight hours before it happens. The team claims that its system was more accurate than the predictive tools employed by the National Oceanic and Atmospheric Administration (NOAA) – a US federal scientific agency that monitors the weather, oceans, and the atmosphere on Earth – when it comes to forecasting rain.

MetNet inspects data recorded by the radar stations in the Multi-Radar/Multi-Sensor System (MRMS) and the Geostationary Operational Environmental Satellite system, both operated by the NOAA. Images of “a top down view of clouds,” and atmospheric measurements are given as inputs and MetNet spits out a probability distribution of precipitation over an area spanning 64 square kilometers, covering the entire US at one kilometer resolution.

There are advantages and disadvantages to using neural networks like MetNet to forecast the weather. Although machine learning models provide a cheap alternative to supercomputers, which have to carry out complex calculations, they are generally less accurate and don’t deal well with freak weather events that they haven’t been trained on.

“We are actively researching how to improve global weather forecasting, especially in regions where the impacts of rapid climate change are most profound,” the researchers said.

“While we demonstrate the present MetNet model for the continental US, it could be extended to cover any region for which adequate radar and optical satellite data are available.”

You can read more about how MetNet works here.

A YouTube user, going by the name Billy Reichard, has posted a series of videos for Trekkies to watch. Old clips taken from both TV series have been run through Gigapixel AI, a commercial AI tool developed by Topaz Labs, a computer vision company based in Texas, to increase the quality. This is necessary because, it appears, portions of the Voyager and DS9 archives are NTSC-grade and it would be too much faff to restore them in full high definition.

Reichard explained his work on Reddit's r/StarTrek group and compared the AI-generated quality to 4K. He said he planned to play around with the Gigapixel AI software more and will be producing more Star Trek clips for people to enjoy.

Here’s one from Voyager...

And one from Deep Space Nine. Enjoy ®