Cross-platform tool aims high while IDE gets stuck into Git 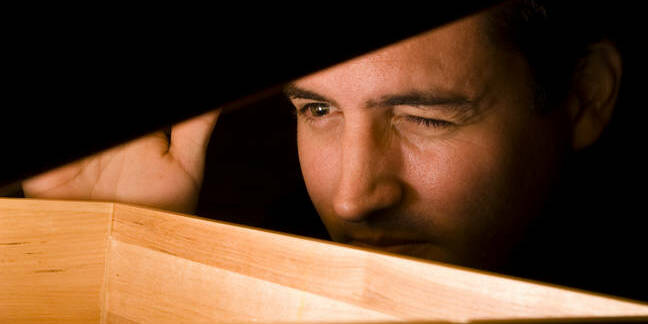 Microsoft has slung out a pair of previews, giving admins a look at PowerShell 7.1 and developers another chance to play with Visual Studio 2019 16.6

Having hitched its wagon to the cadence of the framework formerly known as .NET Core (and now .NET 5), Preview 1 of PowerShell 7.1 has emerged as the gang works towards a final release in Winter 2020, a few weeks after .NET 5 is due to hit.

This first preview is, to our eyes, more of a tidy-up and includes a raft of changes that did not make it in time for 7.0.

The cross-platform tool, which can be picked up for Windows (even Arm), macOS and a variety of flavours of Linux has been built against preview 1 of .NET 5 (the framework is included) and while the changes are pretty minor (and include the continued stamping out of the "Core" branding), it is the upcoming features that will be of interest.

First up is the Secret Management Module, used for secure storage and retrieval of secrets both locally and from remote vaults. While it is currently lurking in the PowerShell Gallery, there is a good chance it will be part of PowerShell 7.1 by default, and the team is working on Linux and Mac support.

Jupyter support is also being looked at as the eponymous notebooks continue to gain traction. Setup and updating are also coming in for attention, although principal software engineer manager Steve Lee cautioned: "We still do not have a plan to ship PowerShell 7 in Windows due to differences in support requirements."

Hair-shirted admins who might sniff at IntelliSense will be distressed to learn that the team also hopes to pop predictions into the engine to complete pipelines and add dynamic help. A slimmed-down version of PowerShell is also being targeted, with only the parts of the engine that are actually needed to run specific scripts installed.

The coming months will see just how many of its lofty goals the team manages to achieve before the end of the year.

Also taking a bow was the next preview of Microsoft's venerable development IDE, Visual Studio.

Git functionality has come in for attention this time around, with the previously awkward navigation streamlined through a new Git tool window. As one would expect, while the tweaks are intended "to provide an improved experience when working with code on remote Git hosting services", GitHub is the name of the game and Microsoft cites the example of being able to browse online GitHub repos through Visual Studio and clone them locally as a use case.

While the headline change is the much-needed improvements in Git tooling, the gang has also improved the debugging experience, including the ability to debug Azure App Services without needing a restart (although we'd contend that if you're debugging a live issue, you have other problems to worry about than the odd bounce).

There are also improvements to JavaScript/TypeScript debugging and updates aimed at making life in the editor more productive. The ML.NET Model Builder has also put in an appearance.

All told, the preview has added some handy features, particularly the improvements in GitHub integration, and is well worth taking out for a spin on sacrificial PC because, remember, it is still preview code. ®