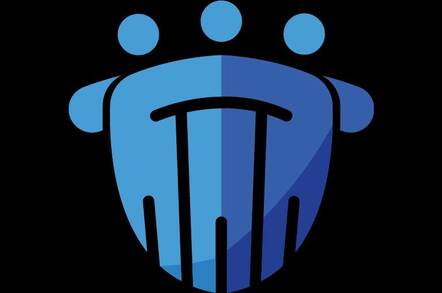 The app, named TraceTogether and its government is urging citizens to run so that if they encounter a Coronavirus carrier, it’s easier to trace who else may have been exposed to the virus. With that info in hand, health authorities are better-informed about who needs to go into quarantine and can focus their resources on those who most need assistance.

The app is opt-in and doesn’t track users through space, instead recording who you have encountered. To do so, it requires Bluetooth and location services to be turned on when another phone running the app comes into range exchanges four nuggets of information - a timestamp, Bluetooth signal strength, the phone’s model, and a temporary identifier or device nickname. While location services are required, the app doesn't track users, instead helping to calculate distances between them.

Vivian Balakrishnan, Singapore's foreign affairs minister, took to Facebook to announce the BlueTrace Manifesto, an effort to share the work done to create the app.

The development team at Singapore’s Government Technology Agency has now explained a little about the app and what it enables.

“While GPS works well in wide, open spaces, it fares poorly when it comes to indoor and highly urbanised settings,” according to Jason Bay, senior director of government digital services at Singapore’s national digital transformation agency GovTech. “If you are one floor down in a building, your GPS location could look the same as someone in the floor above you because of signal reflections and multipath propagation effects.”

Which left Bluetooth as an option, with Bay pointing out that “because it is a low power signal that degrades very quickly over distance, we can use signal strength to figure out the distance between two phones within a reasonable margin of error.”

Which sounded great until the team figured out that not all Bluetooth is created equal.

“In the course of developing this app, we found out that the Bluetooth signal strength difference between two phones can be 1,000 percent or even more—up to 10,000 percent even,” Bay said.

“To use a metaphor, some people speak with booming voices and others have very soft voices. If you are trying to estimate the distance based on volume, you will have to calibrate the microphone you use for each speaker – loud or soft. One of the hardest parts of this project was characterising and calibrating across different models of phones.”

GovTech therefore teamed with boffins at Singapore’s Nanyang Polytechnic and the Institute for Infocomm Research, who used their anechoic chambers – rooms that block out radio signals – to enable accurate signal-testing.

With that work done, the GovTech team was able to build the app with less-privacy-invading Bluetooth rather than eyes-in-the-sky GPS.

Bay even thinks the app uses viral logic to defeat the coronavirus.

“After all, you could argue that the virus doesn’t care where transmission happens; it’s only interested in whether there is a hospitable host in close contact,” he said.

Now Singapore is working to share its code with the world.

"We are working around the clock to finalise our protocol reference documents and reference implementation, to open source what we have built, so that others may deploy their own flavours of TraceTogether - each implementing the BlueTrace protocol," says the BlueTrace Manifesto. "We appreciate your patience in the meantime." ®