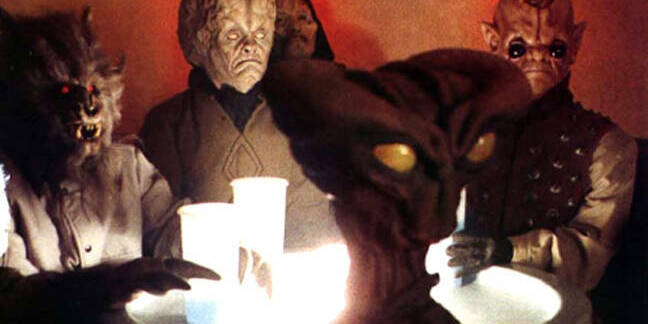 Consumer watchdog Which? has unveiled an investigation demonstrating that the laws of supply and demand are in fine fettle at Amazon and eBay, despite protestations to the contrary.

For those emerging from a period of hibernation, things aren't too good in the world at the moment. Panic buying has left some essentials in short supply as shoppers, fearful of lacking sufficient tissue with which to polish their posterior during a period of isolation, cleared the shelves.

As is sadly so often the case, the COVID-19 pandemic has brought the opportunists out to play, and Which?'s snapshot survey of the online bazaars of Amazon and eBay conducted between 16 and 19 March makes for disappointing reading.

Despite the Competition and Markets Authority (CMA) dispensing a stern warning against exploitation of the current panic through price gouging, some third-party sellers have continued to inflate prices because, heck – prices set themselves, right?

Indeed they do, but this hack can but hope there is a special place in hell reserved for the individual found selling £10 infant formula for £100 on eBay. 50ml bottles of Carex antibacterial hand gel were also spotted on the bazaar selling for £100 (normal price £1.50).

A digital thermometer, which normally retails for £40, was sighted going for £150 on Amazon and £300 on eBay.

The retailers, who also collect commission on these sales via its platforms, should perhaps reward the sellers with mirrors in which to take a long, hard look at themselves, though shoppers must also shoulder blame.

Which? spotted a bundle of three Dettol Sprays and three packs of antibacterial wipes in an eBay auction that started at £0.01 but had hit £210 with less than an hour to go.

The watchdog said it had asked eBay on 9 March "what action it was taking to protect customers from price gouging on antibacterial gel?" The online souk replied that filters were in place, but it appears that traders were able to circumvent them.

Amazon, on the other hand, seemed to be having a little more success as Which? noted that some inflated items were taken down during the investigation period.

Which? called on the companies to institute more manual checks if automated systems are letting miscreants through. The Register understands that Amazon has indeed inserted some manual audits into its processes as well as machine learning models to keep an eye on things.

Bezos' boxshifters told The Register: "There is no place for price gouging on Amazon. We are disappointed that bad actors are attempting to artificially raise prices on basic need products during a global health crisis and, in line with our long-standing policy, have recently blocked or removed tens of thousands of offers. In addition to removing these offers, we are terminating accounts."

As for eBay, the online bazaar told Which? that the items spotted had been removed and action taken against the sellers.

It told El Reg that it had announced on 24 March "Emergency Listing Restrictions on products including baby formula, toilet roll, nappies, baby wipes and tampons. This follows an announcement on Friday that we would also restrict sales of masks and hand sanitiser products. We have been deploying increasingly aggressive measures against price gouging for almost two months now."

eBay UK's Twitter feed has been a stream of finger wagging at those profiting from the panic.

While it is easy to give online giants a kicking over inflated listings, the most distressing aspect of the Which? research is not so much the behaviour of the tech behemoths, but that of the humans who have seen fit to take advantage of the desperation of others.

Sue Davies, head of consumer protection at Which?, gave some credit to the marketplaces for their efforts thus far, but insisted: "These companies must make good on their pledges to stamp out coronavirus profiteering, and if they fall short the CMA must be ready to take strong enforcement action."

She added: "The [UK] government should consider how it will work with the retail sector as a whole to keep the price of essential items reasonable as the fallout from the coronavirus outbreak continues."

Because, at the end of the day, humans are just going to human until forced otherwise. ®