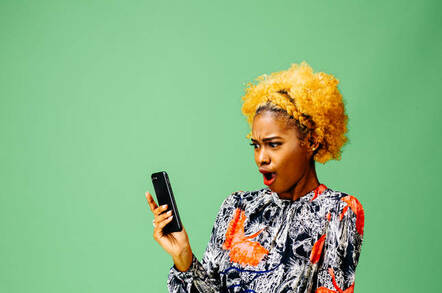 Throughout the day (24th March), the British government is set to text UK mobiles to reinforce the prevailing advice amid the COVID-19 outbreak: stay home.

Well, it's no longer advice. Not really. As of prime minister Boris Johnson's address to the nation last night, Britain is unquestionably a country on lockdown. Non-essential businesses have been ordered closed. In the coming days, the police will be empowered to fine or disperse those caught outside without good reason – good reasons include to buy essential foods or medicines.

Despite encouraging trials almost seven years ago, the UK lacks a formal emergency messaging system. This contrasts unfavourably with other developed nations like South Korea, the US and the Netherlands. Consequently, the government has been forced to work with the four major carriers – O2, Vodafone, EE and Three – to distribute the warning. The body of the message, which this journalist received earlier today, reads as follows:

New rules in force now: you must stay at home. More info and exemptions at gov.uk/coronavirus

Stay at home. Protect the NHS. Save lives.

The emergency warning trials undertaken by the Cabinet Office during the 2010-2015 coalition government examined the viability of using cell broadcast service (CBS) and SMS technology to issue messages to the general populace. They took place across several days in three areas: North Yorkshire, Glasgow and Suffolk.

The trials were broadly successful. In a final report [PDF] published in 2014, the government noted the enthusiasm from emergency responders, like paramedics and police officers. It also recommended SMS-over-CBS technology, and laid forward a path for further development. This included the creation of an accepted alert standard, and the development of a prototype front-end.

It's not clear why progress on this faltered. While the government was able to ultimately communicate its urgent warning, it did so by working with third parties, thereby introducing a bottleneck that could be potentially hazardous in more fast-moving situations, like a terrorist attack or a severe weather incident.

South Korea has been aggressive in its use of mobile-based alerts during the COVID-19 crisis. This has allowed the Seoul government to ensure the delivery of a consistent message to the public, emphasising the importance of self-isolation and social distancing.

It has also allowed the government to communicate details about the movements of known infected, allowing those who may have been in contact with a coronavirus sufferer to get tested or self-quarantine, thereby limiting the potential harm to others.

No doubt in the coming years, the government will redouble its efforts to create a nationwide emergency messaging system. But in the meantime, these SMS warnings serve are an abnormal reminder that we are living in abnormal, unprecedented times.