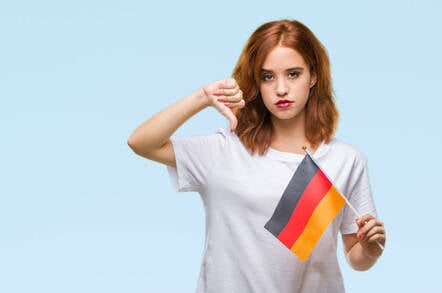 Germany’s constitutional court has ruled that the nation's ratification of a long-planned Unified Patent Court (UPC), which would create a single legislature for the whole of Europe to decide on patents, was unconstitutional.

Three years after receiving a complaint from a German patent lawyer over the plan, the court finally delivered its verdict [full verdict in German] on Friday and it was yet another setback for the dream of a single patent court that was supposed to be up and running years ago.

Importantly, however, despite the decision going against the UPC, it may not be a death sentence. The court found that the way the UPC had been approved by the German Parliament was insufficient. A full two-thirds of parliament was needed to approve the UPC, it decided, and since that didn’t happen, it was invalid.

That is a hurdle that could be overcome by Germany’s Parliament simply holding another vote. And while some commentators worry that it may not be possible to hit that threshold, there is also no reason to believe that it won’t: when the the vote backing the UPC first passed, it had almost universal acceptance.

Perhaps more importantly, the German Constitutional Court effectively rejected the other arguments against the UPC’s validity. In essence, they were: that because the UK is exiting the EU that the UPC is no longer valid because the UK was one of three compulsory signatories to it (the other two being France and Germany); and that the European Patent Office (EPO) is insufficiently independent because of “reforms” made by its former president Beniot Battistelli that concentrated power in his hands.

The court stated clearly that the UPC can only be for members of the EU. That, in one respect, solves the question of the impact of Brexit: earlier, the UK had argued it could still be in the UPC despite Brexit; a position that was then discarded by the Conservative government. This decision makes it plain that the UPC is for EU members only.

The constitutional court also stated the actual complaint itself was only valid in the context of the parliamentary vote. In other words, if the gripe was submitted after a valid vote, the court would probably not have considered it.

As for the EPO, while the court did not rule on whether its current functioning is sufficient, it clearly indicated that it would be unlikely to strike down the UPC on the basis of the EPO alone. That was perhaps the most surprising part of the decision given how extensively the EPO’s independence has been undermined by Battistelli’s reforms.

It should be noted that these musings by the court (or, to use the correct terminology, “dicta”) are not legally binding but can form the basis of any future legal judgment.

What that all that means is if the German Parliament considered a revised version of the UPC in which the UK was dropped as a compulsory signatory, which stated that the UPC was only open to EU member states, and which then passed with a two-thirds majority, it would almost certainly survive a similar constitutional challenge.

As such if there is sufficient support to push ahead with the UPC – and it would appear that there is within the patent industry – then the idea is not dead but simply delayed. Again.

Why we doing this again?

There is a bigger issue though, as Christian Liedtke, a German patent lawyer who lives and works in the US, outlined to The Register: the entire reason for having the UPC in the first place makes less and less sense.

“The whole drive behind the UPC was that it would make litigation less costly and that it would avoid duplicated litigation,” Liedtke explained. But, with the UK out the equation, neither of those are likely to hold true. For one, the cost-savings were in large part based on the fact that a UPC would pull many patent arguments out of the UK.

Thanks to the UK’s barrister structure, patent cases in the UK are much more expensive. Take the expense of the UK out of the system and those claimed cost savings disappear, warned Liedtke.

Even before the UK’s exit, several EU members had decided not to sign up to the UPC because they calculated it was going to cost them money. With the UK out, it seems likely that more will step away.

As for the second goal of avoiding duplicated litigation, that is also gone with the UK out of the UPC. The reality is that the UK is, and will remain, one of Europe’s largest and most advanced economies. There is no way for a company to avoid dealing with patent litigation in the UK, so even the UPC, a company is going to have to go to multiple jurisdictions to defend or fight infringement, raising the question: why bother?

It’s hard to know what direction the EU is going in this larger ideological question. Brexit originally made people question whether the European project was still worth pursuing. Then sentiment swung the other way. Closing the Brexit process over the next year could cause another shift in thinking.

And then of course there is the current coronavirus crisis: how will that impact how Europe’s inhabitants and politicians view the EU and, by extension, the value of a project like the UPC?

It’s hard to escape the feeling that the UPC is a doomed project. But at the same time, the decision today by the German Constitutional Court provides a clear path for how it can be achieved. Whether people decided to walk down that path, we will have to wait and see. ®