UK's National Health Service given free access during the crisis 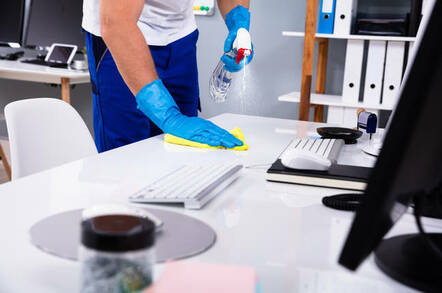 Updated Keeping fingers crossed that its Slack-for-suits platform, Teams, would survive the week, Microsoft today confirmed a slew of a new toys for its corporate collaboration baby.

This week is the third anniversary of Teams, and even the most hardened cynic would find it difficult not to admit that it has been a success for the company, despite the recent wobbles as demand surged from homeworkers.

As of this month, 44 million people* are using Teams on a daily basis, according to Microsoft. Competitor Slack, with its 12 million active users, might quibble a little with how that figure is measured. Microsoft defines it as users performing an intentional action, such as sending a message or replying to a chat rather than something passive such as closing the thing.

The figure is up from the 20 million active users trumpeted by Microsoft in January when it reported financial results for Q2 of its fiscal '20, but quite a bit off the 200+ million Office 365 users out there.

Regardless, it is an impressive figure. 440,000 employees at Accenture alone are signed up to use the thing.

Over the course of the coming year, Microsoft plans to further tweak its platform. One upcoming feature, the ability to read messages and write responses when things are running on low bandwidth or even entirely offline will be particularly welcome to those who found things borked beyond belief earlier this week.

Other changes include the welcome arrival of real-time noise suppression for those that insist on hammering their keyboards with mic turned on and a "raise hand" feature for moments when dropping an aubergine emoticon to try and get the speaker's attention just won't cut it.

In what is perhaps a nod to the eventual replacement of Skype for Business by Teams, it will also be possible to pop chats out into separate windows.

Because it is Microsoft, it is impossible not to fiddle with a product without a nod to firstline workers, and Teams is no exception to the rule. While the likes of HoloLens 2 make for impressive demos, a buddying up with wearable rugged Android tablet vendor RealWear is a more pragmatic approach for those sent out into the field.

The RealWear gizmo attaches to a hard-hat or similar and includes camera, miniaturised screen and audio. While it won't perform the crowdpleasing tricks of its considerably more exotic wearable brethren, it will allow a Teams user to share his or her view with a remote collaborator, enjoy a chat, swap information and snap the odd picture.

It also wouldn't be Microsoft without some functionality that is US-only, and to that end the company is introducing Microsoft 365 Business Voice stateside, aimed at turning Teams into a complete phone system. The rest of the world will just have to shout for the time being.

As for UK punters, the firm said today that workers in the UK's National Health Service would get free access to Teams for the duration of the novel coronavirus outbreak.

While there are plenty of goodies for enterprises (including new gizmos to plonk on the conference room table) consumers were ignored. That might all change at the company's upcoming "family" focused event at the end of the month. ®