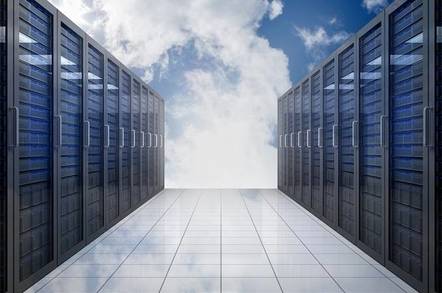 It was a pleasing end to 2019 for server makers, a community whose sales ledgers list from feast to famine depending on the whims of cloud builders' data centre centre expansion activities in any given quarter.

After six straight months of declining revenue and shipments, Q4 turned out to be something of a boon - at least for some of the vendors, most notably the Chinese contract manufacturers and IBM.

Some 3,403 million servers were sold in the quarter, up a whopping 14 per cent year-on-year and the value of these climbed 7.5 per cent to $25.351bn, figures from researchers at IDC indicate.

"While the server market recaptured growth during the fourth quarter, it was a bit of a mixed bag as robust hyperscaler demand benefited the ODM direct vendor group, which combined with strong non-x86 server purchases to drive the broader market," said analyst Sebastian Lagano.

"While the OEM x86 market was tepid, it's worth noting that 4Q18 was one of the most challenging comparison periods in history, during which OEMs generated double-digit growth and large revenue bases," he added.

The remainder was comprised of Chinese brands and contract manufacturers that build white box servers on demand. Inspur turned over $1.736bn, up 12.1 per cent; Lenovo dipped 2.6 per cent to $1.417bn; Huawei was up 1.8 per cent to $1.284bn; and ODM Direct - the BTO bunch - collectively leaped a whopping 37.9 per cent to $6.47bn. The rest of the market, among it smaller server brands including Cisco and Supermicro, grew 1.5 per cent to $4.023bn.

How some of the above businesses perform in 2020 will be determined by the pace and scale at which those giant purveyors of clouds decide to keep expanding data centre capacity. It must be awful not to be in control of their own destiny in the same way they used to be. ®