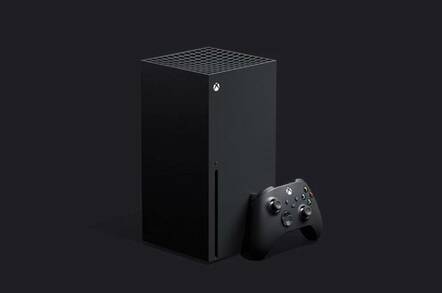 Microsoft has revealed some more specs for its forthcoming Xbox Series X, the fourth generation of its gaming console.

Here’s the tale of the tape:

The CPU and GPU come from AMD’s Zen 2 and RDNA 2-class ranges respectively. AMD supplied silicon for the previous Xbox, 2016’s Xbox one. Xbox Series X is due to debut in the 2020 holiday season.

Microsoft’s gushing description of the new device talks up the presence of an SSD and a new “Velocity Architecture” that makes more effective use of memory to reduce game load times and “effectively eliminate” loading times between levels”.

The description also waxes lyrical about latency-reducing features baked into everything from the wireless controllers’ comm protocol to tweaks to HDMI 2.1. The Register does not begrudge faster fragging. But what we’d really like to know is if the Xbox Series X can run Linux. Or Tetris. ®