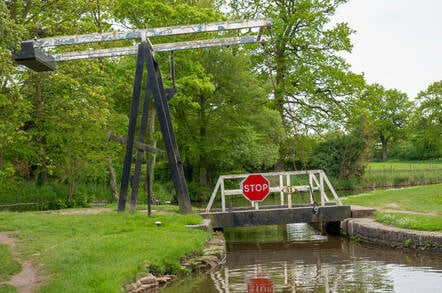 The Llangollen Canal (Camlas Llangollen): the navigable canal crossing the border between England and Wales, which passes through Whitchurch, Shropshire

A town clerk in the English county of Shropshire has been the subject of the first ever successful Freedom of Information prosecution after lying to a member of the public who made an FoI request.

A member of the public sent an FoI request to Whitchurch council asking for the audio recording of the council's March 2019 meeting. Council meeting minutes [PDF] from April 2019 showed one councillor claimed the previous month's minutes were inaccurate, with the meeting chairman rebutting this by stating they were "written from an audio recording."

That member of the public wanted to compare the recording with the published minutes. Yet, instead of doing her duty as the council's "proper officer" in charge of responding to FoI requests, Young, of Shrewsbury Street, Whitchurch, Shropshire, deleted the recording once she became aware of the request – and then lied to the member of the public, saying that the file had been previously deleted in line with council protocol.

The Information Commissioner's Office, once alerted to the suspicious disappearance of the recording, prosecuted Young – and on 11th March she pleaded guilty to her crime at Crewe Magistrates' Court.

Mike Shaw, the ICO's group manager in enforcement, said in a statement: "People should have trust and confidence that they can access public information without the danger of it being doctored, fabricated or corrupted in any way."

A woman who answered Whitchurch Town Council's public phone number yesterday said to The Reg: "no comment, no comment at all".

Young's criminal conviction (other breaches of the Act are unlawful but not criminal) marked the third anniversary of her appointment as town clerk, while council meeting minutes show that she stopped attending full council meetings from November 2019 onwards. In December, the minutes merely recorded that, under the heading "staffing matters," Whitchurch's mayor "gave an update on the Town Clerk's absence."

The Register understands the recording was recovered during the ICO's investigation.

Destroying public records in response to FoI requests is a crime under section 77(1) of the Freedom of Information Act 2000, which makes it illegal to deliberately obstruct access to public records "with the intent to prevent disclosure." A similar offence exists in section 100H(4) of the Local Government Act 1972, as amended, and, unlike the FoI offence, a prosecution can be brought by any public body or private person instead of being restricted to the Information Commissioner and the Director of Public Prosecutions alone.

The ICO has been flexing its regulatory muscles in recent times. Back in late 2018, a car repairman was prosecuted for stealing customers' data from a previous employer and flogging it on to telemarketing scammers. Council corruption has previously featured in ICO prosecutions brought under the Data Protection Act, with a head of building control being convicted in 2019 of trying to skew a recruitment process by stealing job applicants' CVs from council systems and sending them to his partner, who had applied for the same position.

Even with Brexit and the spread of the novel coronavirus looming large in the British national consciousness, data crimes are still being detected and perps prosecuted. ®

It's high time we extend Freedom of Information Act to outsourcers