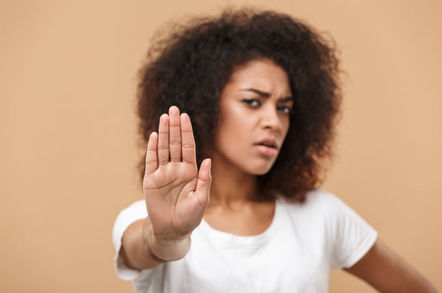 The BT Tower may give you good phone signal but the telco's home Wi-Fi discs won't. Pic: Shutterstock

Updated BT has been told to stop claiming its Wi-Fi discs work in “every room” of the home after complaints from rivals and the public alike.

The one-time state monopoly’s headline ad claim, which states: “Only we guarantee Wi-Fi in every room. Clever new Wi-Fi Discs extend your signal to every part of your home” has been branded “misleading” by the Advertising Standards Authority.

BT’s latest ad spot was promoting its new Wi-Fi discs, repeater devices distributed through the home to improve one’s Wi-Fi signal. Traditional Wi-Fi setups rely on the router and its antenna alone to cover the entire home in one go.

Adland’s self-regulator, a private company based in London’s trendy Shoreditch, told BT not to run the offending ads again after ruling that they were “misleading.” Among other things the ads featured a woman streaming films to her phone while in the bath and weird purple tendrils snaking through innocent people's homes.

In its defence BT said it had tested the discs in 1,000 homes “of different construction types including detached, semi-detached, mid-terrace, flat/apartments and bungalows.” 96 per cent of these, it said, got full coverage after an extra Wi-Fi disc was dispatched from BT, while 4 per cent needed two or more extra discs. Implausibly, BT also claimed to have boosted download speeds from 6Mbps to 100Mbps+ on average during testing.

“We could not verify” any of BT’s claims, said the ASA, “from the test house data, which did not test for interference, or the in-life data that adequate speeds were consistently being achieved, including at peak times, in every room of the customers’ homes (i.e. in homes of every different layout and size).”

Just one customer, claimed the telco, scored the advertised £20 off their next bill after BT’s fantastical new tech failed to work. That number may increase after today’s ruling is published.

One of the telly ads also showed the disc being set up without any wires, something the ASA said was likely to mislead because it would fool people into thinking the discs were battery-powered instead of needing a mains electrical connection.

“We told British Telecommunications plc not to claim that they guaranteed Wi-Fi in every room unless they held adequate evidence to support the claims,” concluded the ASA. Some people associated with El Reg agreed, branding BT's promotional claims "sheer bollockery" when your correspondent asked if anyone had fallen for this obviously groundless boasting taken BT at its word.

A year ago BT was slapped by the ad watchdog for similar claims about having the UK’s “most powerful” Wi-Fi. Lest it be thought to be a new affliction, the ASA was ruling against BT for misleading broadband speed claims a full decade ago, showing that there’s truly nothing new under the Sun. ®

BT has been in touch to say: “We guarantee that our Complete Wi-Fi customers will get Wi-Fi in every room. Unlike other providers we send our customers a new Smart Hub 2 and Wi-Fi Disc which gets a strong wi-fi signal to every room for the majority of customers across the UK.

"We also go the extra mile for customers living in the biggest homes and we will happily send more Wi-Fi Discs and arrange for an engineer to visit if needed – we will always help our customers to get Wi-Fi to every room.

"The ASA wants us to explain more clearly that we’ll also send customers £20 if they’re still not happy and we’ve changed our ads to make that more clear.”