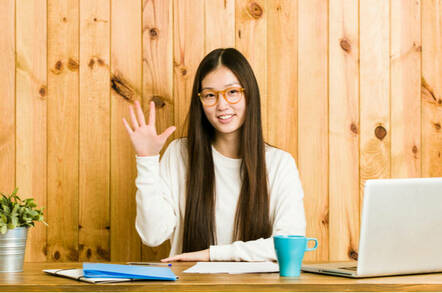 Microsoft has dropped the first preview of its latest attempt to unify its development platform: .NET 5.

The emission follows the releases of .NET Core 3.0 and 3.1 at the end of last year, which saw the end of porting of app models from the venerable .NET Framework.

The plan for .NET 5 (now stripped of the "Core") is to unify .NET into a single platform, including mobile app development in the form of Xamarin, ASP.NET Core, WinForms, WPF and all the other disparate groupings in the Microsoft line-up that variously delight developers or drive them to despair.

Scott Hunter, director of Program Management for .NET, said version 5, a bigger number than either the existing .NET Core versioning or that of the ancient .NET Framework, "makes it clear that .NET 5 is the future of .NET, which is a single unified platform for building any type of application."

That said, while the sheer weight of legacy .NET Framework code means that security and bug fixes will keep on rolling in, as far as Microsoft is concerned, .NET developers should really be using Core (and subsequently version 5) for new projects .

.NET 5 is aiming high for its General Availability release at the end of this year. As well as a unified .NET SDK, the team is planning a Single Device project which will work over multiple platforms including Windows, iOS and, interestingly, "Microsoft Duo" - aka "Android".

The gang is also planning web applications spanning multiple platforms and, as is de rigueur nowadays, cloud native apps with single .exe microservices weighing in at less than 50MB. At this point greybeards (such as this hack) might cough and point to code written 40 years ago that wouldn't have troubled 50kB let along 50MB, but progress is a fine thing, is it not?

Today's preview doesn't feature all those lofty goals just yet. Instead, the Regular Expressions engine has been tweaked to boost performance by a multiple of between 3 and 6 for some functions, and code generated by the JIT has been improved.

More usefully for those keen to contribute, the number of GitHub repos that make up .NET has been substantially reduced. From the more than 100 that made up .NET Core 1.0, the team has can now count the repos on the fingers of one hand.

Finally, for ARM64 users, there was at last some good news. .NET 5.0 Preview 1 features support for the chipset (for the .NET Core runtime at least.) Preview 2 will get the SDK and "a later preview" will see support for WPF and Windows Forms. ARM64 fans will also be relieved to learn that the support will be backported to .NET Core 3.1. ®