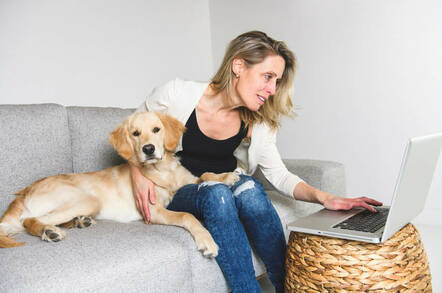 Brit telco BT is talking tough, saying it is confident its broadband network will not buckle under the increased strain of extra people using broadband as they work from home to avoid catching the coronairus.

Concerns over network capacity emerged after businesses across Britain told their staff to steer clear of the office and potentially infected colleagues. Observers worry the rise in data-draining services, such as video conferencing, will put pressure local networks, which still largely run on copper lines for broadband connections.

Howard Watson, chief technology and information officer at BT Group said: “We have more than enough capacity in our UK broadband network to handle mass-scale home-working in response to COVID-19. Our network is built to accommodate evening peak network capacity, which is driven by data-heavy things like video streaming and game downloads, for example. By comparison, data requirements for work-related applications like video calls and daytime email traffic represent a fraction of this."

"Even if the same heavy data traffic that we see each evening were to run throughout the daytime, there is still enough capacity for work-applications to run simultaneously."

The tough talk from BT comes after the Spanish telecoms sector warned last night of a "traffic explosion" on networks since the outbreak of the virus. Spaniards are using 40 per cent more data as during the day as workers and children isolate themselves at homes, according to Telefonica. Mobile data has jumped 50 per cent, and WhatsApp use has increased fivefold, it added.

In Spain, Telefonica, Orange, and Vodafone have asked people to reduce their internet usage during peak hours to ensure that people working from home are not disrupted. The trio advised downloading large documents during off-peak hours, compressing files, avoiding large emails, and using landlines where possible.

The operators are attempting to increase capacity by putting more equipment into service, as well as increasing the capacity of existing networks. But this process is slow and may take weeks before coming into effect.

Despite this, BT has claimed that even if the British government followed Spain's lead and locked down non-essential travel, it is not expecting any blackouts or slower speeds for users.

"For now, the likelihood that people working from home suffer a deterioration in broadband performance is low. Peak demand is typically during the evening rather than the day, when people start streaming films, sports, TV etc. Generally speaking, the networks appear to cope well with these spikes in demand," said the analyst.

But he added that challenges could appear down the line if schools close, which could bring forward peak periods as children spend more time online during the day. "I would hope that the networks have contingencies in place to withstand such a scenario, for example by reallocating resources or reconfiguring infrastructure," he said.

Dan Bieler, principal analyst for business technology at Forrester, said those that could be hit hard include people without a full fibre connection.

According to Watson, BT last week reached record levels of traffic at 17.5 terabits per second on its network when an update to Red Dead Redemption 2, the release of a new Call of Duty game, and Champions League matches all coincided.

Watson said there was no disruption to the network and that normal weekday traffic, including business usage, is usually around four to five terabits per second at midday. He said that figure has remained steady over the past two weeks, even with the increase in people working from home.

Several telecoms operators have scrambled to improve their networks as the impact of COVID-19 became more apparent. Last week in the US, Verizon dumped about $1bn into its capital guidance range in an effort to speed up its 5G deployment and buoy the economy.

Other telcos, such as AT&T and Australia's national operator, Telstra, have lifted their broadband data caps. Mann at CCS Insight reckons this could put their networks at risk of overcrowding.

"Before making such a move, telecom operators need to carefully model the impact of easing tariff restrictions to ensure they have sufficient capacity to manage increased usage. Limiting caps is a move that will resonate well with many customers, whilst also earning welcome goodwill for operators, but if the networks are unable to cope with demand it could do more harm than good." ®