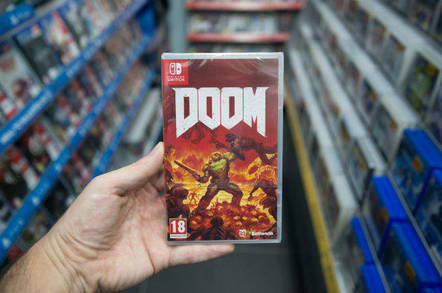 Apple has proclaimed it won’t let COVID-19-related games into its app store, because it’s the responsible thing to do.

Cupertino’s new guidance issued to developers late last week said “Communities around the world are depending on apps to be credible news sources — helping users understand the latest health innovations, find out where they can get help if needed or provide assistance to their neighbors.”

“To help fulfill these expectations, we're evaluating apps critically to ensure data sources are reputable and that developers presenting these apps are from recognized entities such as government organizations, health-focused NGOs, companies deeply credentialed in health issues, and medical or educational institutions.”

If you’re not working at or for such organisations, forget about getting anything into the app store.

Apple’s also not going to let anyone make light of the situation: the new rules state “Entertainment or game apps with COVID-19 as their theme will not be allowed.”

And there we were looking forward to some one-joke, eight-bit, five-minute fun.

Apple’s also advised developers to make sure its curators can understand the urgency of their efforts.

“We encourage developers that meet this criteria to select ‘Time-Sensitive Event’ on the expedite request form to ensure prioritized review since App Store review may take longer,” the guidance says. The company has also advised third party developers to make sure they’re signed up for their clients’ accounts, so that public health organisations get the attention their apps deserve.

One thing Apple hasn’t done is waived developer program fees for all: its policy of allowing free accounts to non-profits, educators and governments applies in 13* countries.

While developer program fees are just US$299 a year, governments everywhere need to disseminate information right now. We've asked Apple if it will consider changing that and will update this story if we receive a substantive reply. ®