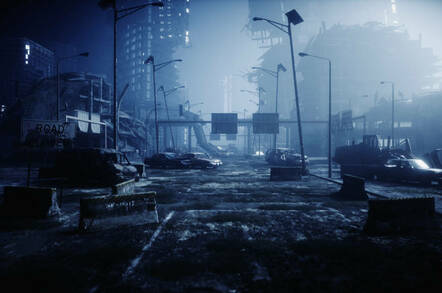 Oracle on Thursday reported $9.8bn in revenue for Q3 of its 2020 fiscal year, a two per cent year-over-year gain and enough to lift the database giant's stock in after-hours trading despite a dismal day on Wall Street.

The Dow Jones Industrial Average dropped 10 per cent, the latest in a series of declines driven by concern over the financial impact of the COVID-19 coronavirus pandemic and the oil price shock. Oracle stock, down 11 per cent for the day, bounced back up between 1 and 4 percentage points after the market closed, thanks to the resilience of the IT titan's recurring subscription revenue stream.

Analysts on average had expected $9.75bn in revenue, which presumably helped with the after-hours lift. News that the biz has increased its share repurchase authorization to $15bn and approved a cash dividend of $0.24 per share added further buoyancy.

As CEO Safra Catz noted on the Silicon Valley corp's conference call with investment analysts, Oracle's subscription revenue now accounts for 71 per cent of its overall intake, up from 69 per cent a year ago.

Catz said the company has observed the growing concern about COVID-19 in recent months. "We're largely conducting business as usual with some modification, such as using video conferencing and asking employees to postpone travel," she said.

Expressing uncertainty about the effect COVID-19 will have in the quarter to come, Catz suggested the impact would be minimal because Oracle's subscription-based revenue is already contracted.

Oracle, maker of the Autonomous Database, now runs on autonomous revenue. Here are the Q3 fiscal 2020 numbers for the three months to February 29:

Our primary ERP competitor, SAP, is struggling, he said, because it never rewrote its software for the cloud. And Workday, he said, has seen little success with its cloud ERP offering.

Oracle said its Fusion ERP revenue was up 38 per cent.

Ellison said Oracle has been working with more than 10 of SAP's largest customers and plans to announce divisions within those firms running Oracle Fusion applications this summer.