A Hoover-dunnit for your Friday morning 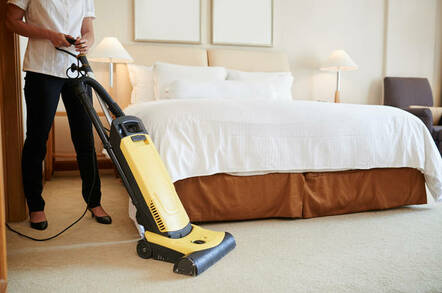 On Call Welcome to On Call, The Register's reminder of happier times, when the only panic was the one coming out of the easily ignored telephone.

Today's tale, furnished by a reader called "Bob", which is most definitely not his name, takes us back, Pulp-style, to when Windows Server 2000 was being rolled out to replace Windows NT 4.

Windows NT 4, the successor to Windows NT 3.51, was the first of the breed to see the beloved Program Manager replaced by the Windows 95-style Start Menu (as well as other under-the-hood changes). Windows 2000 continued that evolution and, if some of the submissions to our Bork!Bork!Bork! column are to be believed, remains a thing to this day. Much to the distress of Microsoft.

Disk stuck in the drive? Don't dilly-Dali – get IT on the case!

"The completion of a migration from a host of cobbled together systems and an ancient Property Management System (PMS) onto a consolidated Server 2000 infrastructure with a shiny new PMS had just been completed," he told us proudly. Every hotel now had its own server rack, a handful of boxes and a UPS to keep things ticking over.

It had all been going swimmingly, with almost no problems except for one particular hotel.

"Logs showed a lot of unexpected shutdowns at seemingly random times throughout the morning," Bob told us. A doubtless wise and experienced engineer popped out to run some diagnostics on the hardware but found no problems. Although there was one thing: the server wasn't where he expected it to be.

"In the end," said Bob, "a couple of us low-level help desk jockeys were dispatched to essentially sit in front of the server for a day and monitor it."

Upon arrival, Bob understood the engineer's comment. Normally the racks were stashed in an office behind reception. This hotel was getting a sprucing up so the servers had been moved away from the builders to the safety of a nearby bedroom with a "do not enter" sign stuck on the door.

"The more astute reader can probably see where this is going…" he remarked.

A bed was pulled up and Bob and pal cycled through the KVM switch while enjoying coffee but not, we hope, the forbidden pleasures of the minibar.

The hours rolled by with no problems until the keycard lock on the door bleeped. Expecting the customer, Bob sprang to attention to deliver the good news: no problems so far. It was, however, just a cleaner, who muttered a hello and proceeded to vacuum the room.

Which required plugging in the vacuum cleaner.

Which required unplugging the rack.

But hey, there was a UPS, right? Alas, it transpired that it had been bypassed in the move and the rack, to Bob's horror, instantly shut down. With Jessica Fletcher-like deductive reasoning, Bob asked how often the room was cleaned.

"The answer tied in exactly with the mystery outages."

A swift email to the bosses and a stern talking to for the staff regarding the importance of the room, and the outages were no more.

And Bob's reward? "We got a comp'd lunch from the hotel for our work... and a day out of the office. So worth it."

Surely the warm glow of a job well done was reward enough?

Ever found yourself called out to deal with a situation that turned out to be the stuff of urban legend? Or donned the deerstalker to solve the unsolvable? An email to On Call will be all it takes to share your story so that others may learn. ®