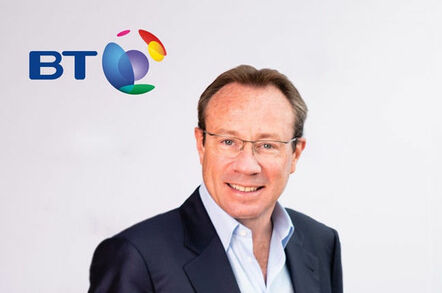 BT Group has confirmed its CEO has been diagnosed with COVID-19 just days after meeting fellow telco top brass at a gathering organised by the UK government's Department for Digital, Culture, Media and Sport (DCMS).

In a statement, Philip Jansen said: "Having felt slightly unwell I decided as a precaution to be tested. As soon as the test results were known I isolated myself at home.

"I've met several industry partners this week so felt it was the responsible thing to do to alert them to this fact as soon as I could."

On Monday, 9 March, BT's boss, along with the chief execs of Vodafone UK, Three and O2, met Culture Secretary Oliver Dowden and mobile industry trade association reps to pen a £1bn agreement with the British government to boost connectivity in rural areas.

According to the FT, O2 and Vodafone's leaders are also self-isolating.

The billion-quid Shared Rural Network deal is hoped to improve 4G coverage, particularly in areas across Scotland, Wales and Northern Ireland, irrespective of the network used by customers, government officials said. It will provide "guaranteed coverage" to 280,000 premises and 16,000km of roads apparently.

Jansen added today: "Given my symptoms seem relatively mild, I will continue to lead BT but work with my team remotely over the coming week." He said will be "no disruption to business".

BT revealed it is working closely with Public Health England to initiate a "full deep clean of relevant parts" of the group's HQ in central London and is advising staff that came into contact with the boss to similarly stay at home.

At the latest count, 130,000 COVID-19 cases have been recorded worldwide, officially, and the World Health Organisation this week branded the illness a pandemic. ®