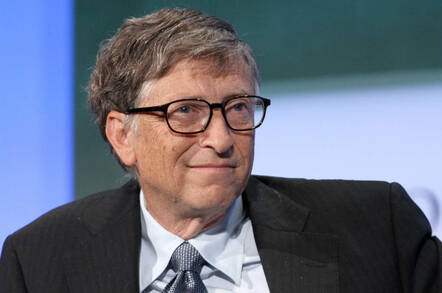 Nearly 45 years to the day after founding Microsoft, Bill Gates today finally stepped down from the board to devote his time to dealing with global health issues and climate change.

“I have made the decision to step down from both of the public boards on which I serve – Microsoft and Berkshire Hathaway – to dedicate more time to philanthropic priorities including global health and development, education, and my increasing engagement in tackling climate change,” the 65-year-old said in a post on Microsoft-owned Linkedin.

“With respect to Microsoft, stepping down from the board in no way means stepping away from the company. Microsoft will always be an important part of my life’s work and I will continue to be engaged with Satya and the technical leadership to help shape the vision and achieve the company’s ambitious goals.”

Gates hasn’t severed ties entirely: he’ll still be around a technical consultant for CEO Satya Nadella and other managers.

From the archives: Gates steps down as Microsoft CEO

However, for Gates, it marks a big step away from the business he set up in a strip mall in Albuquerque, New Mexico, in April 1975. Gates was CEO then – a Jobs to co-founder Paul Allen’s Wozniak – and ruled the roost of the software super-giant until stepping aside as chief exec in 2000 to give Steve Ballmer a crack at the helm. Gates remained as chairman and chief software architect, and dropped out of day-to-day operations in 2008. Today, the Microsoft mogul is worth a cool $100bn.

"It's been a tremendous honor and privilege to have worked with and learned from Bill over the years," said Nadella, who replaced Ballmer in 2014, in a canned statement today.

"Bill founded our company with a belief in the democratizing force of software and a passion to solve society's most pressing challenges. And Microsoft and the world are better for it. I am grateful for Bill's friendship and look forward to continuing to work alongside him to realize our mission to empower every person and every organization on the planet to achieve more."

Like many robber barons of the past, Gates has devoted at least some of his mind-boggling wealth to philanthropy. The Bill and Melinda Gates Foundation has helped rid the world of polio for one thing. ®