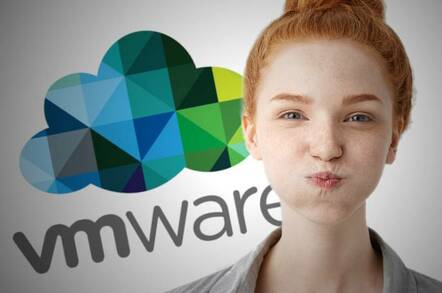 Despite earlier assertions, VMware has no immediate plans to turn ESXi on Arm into a supported product – and may never do it – because it’s yet to figure out why.

So said Kit Colbert, the virtualization giant's vice president and general manager of cloud-native apps. Speaking to The Register on a conference call ahead of this week’s vSphere 7 launch, Colbert was asked if the new product will run on any Arm-compatible silicon.

His answer was that it’s an x86-only release, and that VMware is in no rush to change that.

At launch in 2018, VMware suggested Arm-powered computers common in industrial settings could benefit from its virtualization expertise, so that users could manage their x86 and Arm fleets with one suite of tools. The software biz also acknowledged that Arm-powered servers are on the rise, and that it wouldn't hurt to make sure ESXi could manage diverse warehouses of servers.

By 2019, the IT titan floated a new idea: using Arm CPU cores in SmartNICs to run firewall or load balancer code, so that servers and their application processors could be spared the chore of running such workloads.

At the time, Colbert told your humble vulture that VMware had come to the position that Arm-compatible chips would find a role in the data centre, but probably not in servers. VMware has also said it is "actively exploring" whether it should run its software suite on Amazon Web Services’ Arm-powered servers in the context of the two companies’ wider relationship and an “edge-to-cloud” strategy.

But on the vSphere launch call, Colbert suggested customers aren’t so keen on any of those scenarios.

Other hypervisors, meanwhile, are utterly happy on Arm: Xen and KVM in particular. And VMware will undoubtedly stick around, too, because it's widely assumed virtualization will become a huge part of the internet of things for all the same reasons it is valued in the data centre.

With Intel having failed to launch on mobile devices, and smartphone-derived hardware becoming a common on-ramp to IoT development, VMware would be missing a trick if it doesn't flex its Arm muscles, relatively puny as they are today. ®