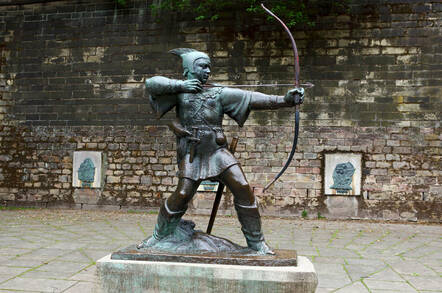 An app, dubbed RobinHood, designed for armchair Gordon Gekkos to trade shares and crypto-currencies with ease, fell offline for two days this week – after netizens flooded it hoping to exploit stock-market wobbles over the coronavirus epidemic.

Or so we're told. On Tuesday, amid the multi-day outage and growing speculation on just what was keeping the investment site offline, RobinHood co-CEOs Baiju Bhatt and Valdimir Tenev claimed the downtime was just a run-of-the-mill traffic jam.

"We now understand the cause of the outage was stress on our infrastructure—which struggled with unprecedented load," the co-founders said. "That in turn led to a 'thundering herd' effect—triggering a failure of our DNS system."

In other words, the Silicon Valley upstart did not have enough capacity to handle all of the people who wanted to either buy or sell stocks as the markets were in turmoil amid economic instability and fears that the COVID-19 coronavirus could cripple manufacturing and shipping activities around the world.

That the downtime was just from a crush of traffic will come as a bit of disappointment to those who had bought into various conspiracy theories on why the platform had gone offline. The most popular was the suggestion that a "leap day" bug had emerged in the RobinHood code, and the site therefore crashed after trying to process the idea of a 29th day in February.

The theory was roundly dismissed, and put to rest once and for all on Tuesday, when Tenev and Bhatt explained how the site was unable to increase its capacity to avoid the outage.

"Multiple factors contributed to the unprecedented load that ultimately led to the outages," the pair explained. "The factors included, among others, highly volatile and historic market conditions; record volume; and record account sign-ups."

Now, with the service back up and running stably, Bhatt and Tenev said Robinhood plans to expand its server and network capacity to handle more traffic.

While the upgrade will be good in the long run, they both caution that it could also bring additional outages during installation and testing. Hopefully none lasting two days. ®