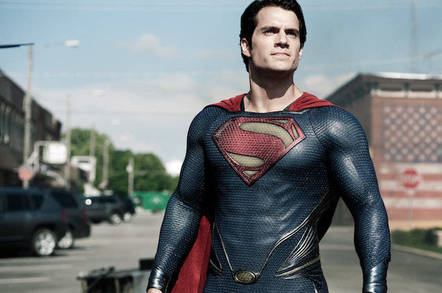 Maybe it's not what former UK chancellor George Osborne expected when, in 2011, he confirmed £50m in government funding to take the discovery of graphene from the "British laboratory to the British factory floor", but the much-hyped super-material is making its way to market as a cosmetic face mask.

iCraft, a Korean company that also makes computer and networking equipment, has not said quite how its cosmetic face masks will benefit from graphene, but general manager Derek Yoon did say it "plans to create synergy with the existing business by striving to expand various related products and applying graphene".

"We are hoping that graphene cosmetic face mask sheets will get a good response in the global cosmetic market," he added.

All this is to be welcomed by those with an interest in material science, but it is a far cry from the early days of graphene when its applications were expected to include solar cells, aircraft wings and optical communication systems.

Graphene's physical properties show why researchers were so optimistic about early applications: It is about 100 times stronger than the most durable steel at a much lower density. It also conducts heat and electricity very efficiently and is nearly transparent. As such, products in the development phase include bulletproof vests, flexible brain implants and a filter that purifies seawater into drinking water.

In 2018, Samsung Mobile said it had the development of its graphene battery technology in the bag, promising phone charging five times faster than current approaches.

But these lab developments have not allayed the impression that graphene has under-performed compared with its early promise. Lux Research said in 2015 that moves toward graphene projects were "long shots with unproven technical value and business execution". Who was to know that just five years later we would be celebrating the launch of graphene-based cosmetics?

Snark aside, there may well be good reason for the length of time graphene takes to make a significant impact. In a paper last year, science bible Nature argued that developments in graphene were on track and people should be more patient as they wait for the arrival of world-changing products.

"Bringing a new material to market has the potential to shift entire industries. What is often forgotten is that it takes years until science-based innovations translate into commercial activities, and at least 20 to 30 years until significant market success is achieved... There were 134 years between the discovery of [silicon] in 1824 and the creation of the [silicon] chip in 1958."

It pointed out that trillions of dollars had been invested in semiconductor technology since the first device in 1947. To expect broad application of graphene in commercial products in the time since it was first discovered, in 2004, is unrealistic, the paper said.

"There are many graphene-based innovations expected in the next 15 years... since many of these are still in the early stages of fundamental research, and commercially viable mass or large-area production approaches are just beginning to emerge," it said.

Still, while we wait for industries to be transformed by graphene, we can keep our faces spotless with a handy graphene face mask. ®