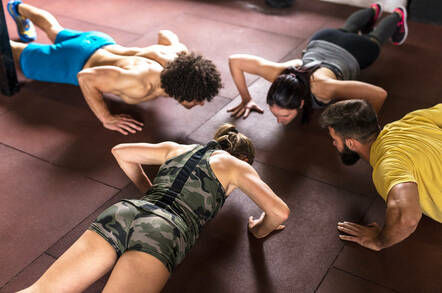 Uncle Sam has finally had enough: 15 years after it put out a memo telling its federal organizations they had to start moving to IPv6, it has decided to give sluggish bureaucrats a kick in the ass.

The Office of Management and Budget (OMB) this week published “updated guidance” on the next-gen internet protocol. It wants the job done, and so has issued a series of year-by-year deadlines with the final one being 80 per cent or more deployment of IPv6 by 2025.

The document makes no bones about what is going on. It’s called: “Updated Guidance for Completing the Transition to the Next Generation Internet Protocol.” And it wants “at least 20 per cent of IP-enabled assets on federal networks IPv6-only by the end of FY 2023.” That 20 per cent then becomes 50 per cent by 2024 and 80 per cent by 2025.

And don’t try fobbing it off with any IPv4/6 NAT nonsense. The new guidance [PDF] states: “Numerous technical and economic stop-gap measures have been developed in an attempt to extend the usable life time of IPv4, but all of these measures add cost and complexity to network infrastructure and raise significant technical and economic barriers to innovation.”

It goes on: “It is widely recognized that full transition to IPv6 is the only viable option to ensure future growth and innovation in Internet technology and services.” And later on, it is more explicit, noting and then rescinding its earlier dual-stack advice: “OMB previously issued policy discussing the expectation for agencies to run dual stack (IPv4 and IPv6) into the foreseeable future; however, in recent years it has become clear that this approach is overly complex to maintain and unnecessary.”

In other words, time’s up with the procrastination: it’s time to make the shift or else.

Interestingly the memo from OMB acting director Russell T. Vought cites recent movement from the private sector as the main driver in forcing the federal government to catch up. “In the last five years, IPv6 momentum in industry has dramatically increased, with large IPv6 commercial deployments in many business sectors now driven by reducing cost, decreasing complexity, improving security and eliminating barriers to innovation in networked information systems.”

It points to “several large network operators, software vendors, service providers, enterprises, state governments, and foreign governments,” and notes that “many of these organizations have migrated, or are planning to migrate, to ‘IPv6-only’ infrastructures to reduce operational concerns associated with maintaining two distinct network infrastructures.”

The percentage deadlines are not the only requirements. It also gives all federal departments just 45 days to name an IPv6 team that will be responsible for making sure the transition happens, and 180 days to come up with and publish an official policy on how they will organize it. A formal implementation policy is due by the end of next year.

“The agency-wide IPv6 policy must require that, no later than FY 2023, all new networked federal information systems are IPv6-enabled prior to being made operational, and outline a plan to phase out use of IPv4 for all systems by either converting to IPv6-only or replacing or retiring systems,” the guidance reads.

They also have to come up with IPv6 pilots with “at least” one of them operational by the end of next year with results sent to the OMB. And the “guidance” tells all departments: “As soon as possible, complete the upgrade of public/external facing servers and services (e.g. web, email, DNS, ISP services, etc.) and internal client applications that communicate with public Internet services and supporting enterprise networks to operationally use native IPv6.”

The memo is a return to form for the OMB as it pushes the United States on critical technology advances. Its first memo on the subject, M-05-22, issued in August 2005, was hailed as a good example of how governments could help drive the essential transition from IPv4 to IPv6. It insisted that agencies enable IPv6 by mid-2008.

But, as with the rest of the world, that initial drive was lost as everyone balked at the hassle, cost, and lack of immediate benefits to moving to IPv6. Five years later, in 2010, the OMB put out another memo that required native IPv6 for public internet servers and services by the end of 2012. Once again, those goals got lost as engineers developed all kinds of clever ways of mapping IPv4 and IPv6 addresses.

But just as it has slowly dawned on big internet companies that the cost and hassle of finding new ways to do more with the same number of IPv4 addresses was no longer worth it, and a transition to IPv6 had become essential, so the OMB has decided that it has to tear the Band-Aid off and get on with the task of moving to IPv6.

How are the rest of us doing with IPv6? Pretty poorly still. And yeah, we know: El Reg is still IPv4 although our article images and other media are served over IPv6 as well as IPv4. Google says just over 30 per cent of its users are accessing its various services through IPv6, which is better than it was, but is still pretty dire given how long we have all been talking about the need to transition.

As you would expect, the internet infrastructure companies have been the first to move properly and their IPv6 adoption across the board now lies at around 80 per cent, but web traffic is still a lackluster 25 per cent.

Will this renewed guidance from the OMB help drive faster, broader adoption? Well it can’t hurt. It’s open to public comment until the end of the month. ®