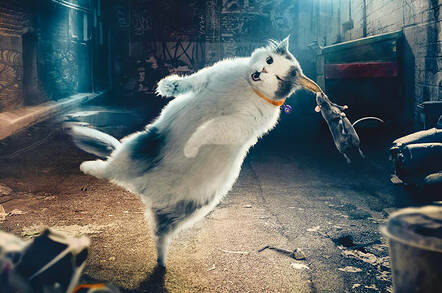 New Jersey has bested New York when it comes to broadband, according to a survey of all 2,000 ISPs across the US – and both beat the rest of the country.

The survey by Broadband Now, which offers an ISP comparison service for Americans, has listed each state from best to worst, and decided on the ranking by comparing a number of factors from availability to cost and speed.

And so while New Jersey offers a lower average speed of 174 Mbps to New York’s 190 Mbps, it has broader availability of 98.1 per cent (compared to NY’s 96.8 per cent) and low-cost options are available to 78.4 per cent of New Jersey residents, while 70 per cent of New Yorkers are similar supplied.

And if that all sounds pretty good, it’s because it is the top tier of American internet access. New Jersey is also the most connected state in the US. It’s a different story in other parts of the country, however. Bottom of the list comes Alaska with just 61 per cent coverage, zero low-priced plans, and an average speed of 58.6 Mbps.

While Alaska’s unique topography may help explain its ranking to a degree, there is less of an excuse for Montana and New Mexico, which come 50th and 49th respectively with availability of 72 and 67 per cent and speeds of 81 and 93 Mbps.

Fastest in the country? Virginia and Maryland with average speeds nearly hitting 200 Mbps. It may not be entirely coincidental that these two states encompass the seat of power – Washington DC – and are among the richest states in the country. Yes, population density plays a big role in all of these results. But is there a strong link between power and money and internet access?

Well, let’s take a look at Mississippi – the poorest state in the US according to most stats – and it has the second-lowest access percentage of all states: just 58.7 per cent coverage. But a much higher access to low-priced plans than most of the rest of the country, and by far the highest comparative rate to overall availability: 56.8 per cent.

Of the poorest five states, the highest ranking is Louisiana, coming 33rd out of 50 – and that’s largely because of its 56 per cent low-price plan coverage. The other four rank at or near the bottom. The reverse is true for the richest states.

It is worth noting the US does poorly when it comes to speed, availability, and cost of internet access, when compared with other advanced economies across the planet. The latest figures – from January this year – put America eighth in the world when it comes to speed: and that is a significant jump from just the previous year.

When it comes to cost, the United States is the sixth most expensive country on Earth for internet access, with the most countries typically dealing with difficult geographic challenges, such as being mostly desert like Saudi Arabia. On average, Americans pay $65 a month for fast internet access (above 60 Mbps); in the UK that’s $40 and in Ukraine just $5.

As to why these discrepancies exist, the answer is the same that has been repeatedly flagged by countless other surveys: the stranglehold that a very few ISPs, which are typically also cable companies, have across the US. For decades they have acted as an oligopoly, carving up the nation into small chunks and going out of their way not to compete with one another.

Less competition leads to higher prices, lower speeds, and less availability. The broadband providers only enter markets where they can make the most money, and only handouts from the federal government – most recently a $16bn rural broadband fund, yes, billion with a 'b' – will drive them to enter poorer markets.

It also doesn’t help that, under pressure from the industry, the nation's comms regulator, the FCC, has also kept the definition of “broadband” at an outdated speed of 25 Mbps, ensuring that an entire swathe of America will remain slower than the rest of the world for another decade. The FCC even attempted – again, under pressure from the industry – to lower that standard. And it happily wastes millions on things like satellite access to under-served communities to keep the stats looking good, rather than confront the big ISPs over their failure to expand their networks.

As for Broadband Now, it has two main recommendations for improving the situation for all states; how to get broader, faster internet access to the masses. “We are frequently asked what states can do to accelerate access to robust internet services,” it noted. “Below are the two most effective ways we have seen state and local governments improve the broadband situation in their areas:

Again, both these methods of improvements are being actively suppressed by the dominant ISPs who have carefully distorted the federal government’s methodology for measuring internet speeds and competition to make things look far better than they really are, and who have fought bitterly to prevent things like municipal broadband, where folks control their surrounding infrastructure and then contract out internet provision, rather than relying on ISPs to build it out and set a market price.

In short, this national survey of 2,000 ISPs has reinforced the same issues and pointed to the same remedies: the need to crack Big Cable control of internet access and introduce real competition. ®