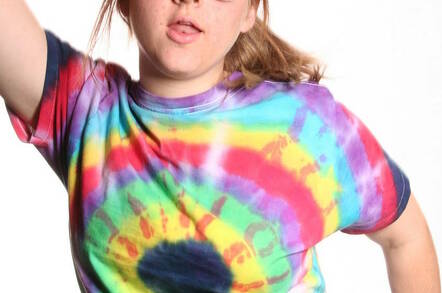 Roundup Chromium Edge has been tweaked to prevent users installing PUA, Microsoft's going to Spain, plus there are a few more things about the gnomes at Redmond we didn't get around to revealing last week.

First off, Microsoft has added a new feature into Chromium Edge in the form of protection against Potentially Unwanted Applications (PUA). Stuff like cryptomining software or adware that come unexpectedly along for the ride when a user downloads something free and seemingly innocuous.

Off by default, the option has appeared in versions from 80.0.338 and flicking the "Block potentially unwanted apps" switch (along with enabling Microsoft Defender Smartscreen) will block anything that Microsoft has defined as a PUA. The user can then opt to keep the app if they really want it as well as report it as reputable.

PUAs in the Microsoft world are different to malware and include cryptomining software, torrenting apps, advertising software and those odious bits of code from vendors that security firms reckon have "poor industry reputation".

We can't help but wonder if Candy Crush, which had a habit of popping up uncalled for in Windows 10 installations, would count. Or maybe those ads that seem to be sneaking into Microsoft's operating system.

A substantial update to the JavaScript 3D rendering library Babylon.js was emitted last week. The open-source project is aimed at displaying 3D graphics in a web browser.

The release has seen some optimisations this time around, with its makers laying claim to a 3x reduction in size and 12 per cent speed bump. It includes a Node Material editor to simplify the creation of shaders (GPU programs) as well as Babylon Native, which takes existing cross-platform JavaScript and runs it on platform-native graphics APIs (such as DirectX on Windows).

Claiming that "the future is bright for AR/VR experiences on the web", the team has also improved WebXR support.

We're not sure that owners of Microsoft's Mixed Reality headsets would necessarily agree that the future is too rosy for their hardware as the devices continue their Windows Phone-like market share trajectory.

Microsoft to bring its cloud to Spanish skies

Best pals Microsoft and telecoms outfit Telefónica confirmed plans last week for a data centre region in Spain that will run the former's cloud services while leveraging the latter's infrastructure. Telefónica added that it would "accelerate its use" of Microsoft's cloud internally.

Telefónica has inflicted deployed Microsoft 365 to its employees globally and Microsoft will train hundreds of fortunate Telefónica staffers on its cloud services. You lucky, lucky people.

As for the data centre region itself, Microsoft Azure, Microsoft 365, Microsoft Dynamics 365 and Microsoft Power Platform will be available to customers.

Cloud arch-rival Amazon Web Services (AWS) has its own Spanish region "in the works", expected to open in late 2022 or early 2023 and comprise three availability zones.

Taking a peek at the Surface Duo

Inveterate Microsoft poker the Walking Cat shared some videos of the company's foldable phone that appeared to show how the Windows giant would be dealing with notifications on the platform.

A screen on the case to let you know who is calling? No, of course not – the plan appears to be that you crack open the phone a smidge to reveal a little of the screen within in, and the phone renders the notification in that narrow column.

Far be it from us to suggest that such an interface design concept is a little bonkers, but surely sticking a screen on the case couldn't have been that hard? We'd venture that one could even get a notification through some whizzy Surface Earbuds, but the aural-wear remains stubbornly unavailable.

Hopefully this is all just a test render and something a little more elegant is planned for launch. More information is likely to be emitted at the company's Build conference in May. Assuming, of course, the event actually goes ahead.

A preview of canvas components, the Power Apps component framework and... a T-shirt contest?

Microsoft has long been pitching Power Apps as a way of creating relatively rich user experiences with a minimum of code.

Aware, perhaps, that users can quickly run into limitations with what comes in the box, the company has added Canvas Components.

The gang has also added support for a Component Library to make it easier to share components over apps and platforms.

The Power gang is also adding support for data set components, which can be configured against the likes of SQL and Excel rather than just the Common Data Service.

Finally, those with a creative bent will be delighted to learn that the Power people want its users to come up with a T-shirt design to encompass BI, Apps, Automate, Virtual Agents and Dynamics. The motto of the platform is apparently "Powerful alone. Better together."

The Power Apps mission, however, is to "empower every developer to do more."

Perhaps some wag might come up with something a little more "magical", eh? ®