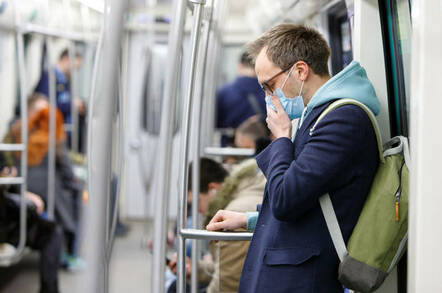 The British government said today the novel coronavirus will, more likely than not, have a significant impact on the UK and could see up to 20 per cent of people missing work.

There are now 39 confirmed COVID-19 cases in the UK and more than 86,000 globally. Over 3,000 people have died; six deaths were confirmed in the US yesterday. With manufacturing powerhouse China still struggling to combat the virus, it is also continuing to affect the technology channel – with some firms reporting delays of up to 10 weeks in getting hold of components.

Larger firms seem to be getting preferential treatment but uncertainty remains as to how quickly Chinese suppliers will get back to full production.

Giant mouse maker Logitech has warned that coronavirus-related supply problems will likely hit profits for the quarter. It cut guidance from $375m-$385m to $365m-$375m but said demand remained strong.

Meanwhile, Microsoft – which cancelled a "Most Valuable Professional" event in Seattle as a precaution – warned that it would miss third-quarter earnings predictions for its personal computing division.

On the other hand, Hon Hai Precision (AKA Foxconn), the major iPhone assembler, said in an online investors' conference last night that its factories, currently running at half capacity, should be fully staffed and running at full speed by the end of this month. But it warned the stock market that there were still uncertainties for the impact on full-year earnings. Apple also recently revealed the impact on its business.

That said, demand for mobile phones is traditionally weak in the first quarter, potentially reducing the economic impact of the travel and work restrictions still in place in partso of the Chinese supply chain.

The UK government offered its plan to counter the virus today with recommendations to encourage remote working while reiterating that the disease has, at worst, a 1 per cent mortality rate. The government estimates that in a worst-case scenario up to a fifth of people may be off work at some point as a result of the virus but stressed that most would suffer only mild symptoms.

Boris Johnson's "action plan" has four strands – contain; delay its spread; research its origins; and give treatment and mitigate its impact. By delaying the peak into the summer, the NHS will be under less pressure from seasonal flu and other winter ailments.

But in "every cloud" news, a Reg reader and flogger of refurbed laptops got in touch to say demand had gone through the roof.

Rod Neale of Circular Computing claimed that Chinese OEMs were warning of a 14 to 20-week lead time as several large companies were looking to equip staff with laptops so they could work from home if necessary.

This double whammy means his firm is sold out for the next two months despite production of more than 6,000 machines per month, he told The Reg. ®