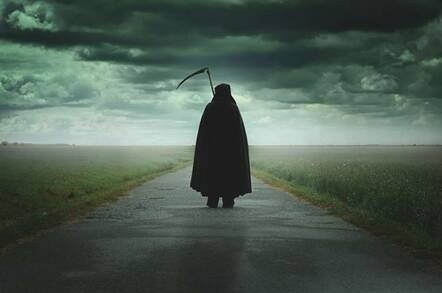 Microsoft has jammed yet another knife into the consumer incarnation of its unloved electronic assistant, Cortana.

As the release of Windows 10 20H1 (or 2004) looms, the company snuck out a blog late on Friday letting the dozen or so customers still using the thing know that "consumer skills including music, connected home and third-party skills will no longer be available in the updated Cortana experience in Windows 10."

Cortana services in the Microsoft Launcher on Android will also be axed as a sad-faced engineer resets the "Days since a consumer product got killed off" counter back to zero.

Last year, a Microsoft staffer told The Register that the original concept of Cortana as a consumer tool pretty much died at the same time as the company's mobile dreams, and the gradual unpicking of Cortana from Windows 10 is testament to that. All pretence of a consumer play with the assistant has been stripped as Cortana settles down in the subscription world of Microsoft 365.

And a wonderful world it will be too. Customers will be able to either blather at their PCs (or use the keyboard) to retrieve upcoming appointments, set reminders or fiddle with settings. The emphasis, according to Microsoft, will be on "productivity."

Handy, because the consumer take on the tech – the Harman Kardon Invoke speaker – appears to be quietly being scrubbed from history, judging by the company's website. Still, the few who actually use the things should hopefully see good service from them as slightly dumber speakers – Cortana aside, they actually sounded pretty good.

As is so often the case with Microsoft, it'll be US (or rather those running in US English) customers who get to play with the Microsoft 365 integration first. The rest of us will get "answers from Bing and the ability to chat with Cortana" and the promise of "more productivity-based capabilities in the future". Lucky us.

In the meantime, please join us in a final farewell as another bit of Microsoft consumer tech heads into the dusty drawer of abandoned dreams, alongside the Band, the Kin, Media Center, Zune, Home Server, Windows Phone... ®