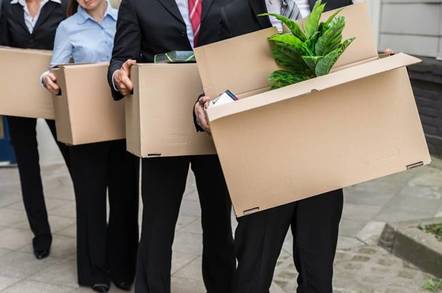 Cisco has begun a new round of job cuts as the networking giant's traditional hardware business faces slowing sales.

"This is part of an ongoing process of aligning our investments and resources to meet the evolving needs of our customers and partners," the company said in a nebulous statement.

It declined to say how many people were affected but we are sure the protection of shareholders value will have featured in Cisco's thinking.

This is the second time in a year that Switchzilla has made cuts to its workforce. It laid off 500 programmers in California last August after reporting disappointing financial results for 2019. The layoffs were a small percentage of Cisco's 75,000-strong workforce, which includes 15,000 employees in the San Francisco Bay Area alone, but hinted that an internal shakeup was under way.

Cisco is in the process of switching its business from traditional hardware – servers, routers and other enterprise kit – to something more software defined. The company recently began a restructure that will merge its enterprise networking and data centre business, as well as expand its cloud unit to include server products.

The plan is estimated to cost $300m, including severance payments. About half the amount is expected to occur in the current quarter.

Earlier this month Cisco forecast revenue to drop (PDF) between 1.5 per cent and 3.5 per cent in the current quarter. The decline follows on from a 3.5 per cent year-on-year drop in revenue for the company's Q2 results ended 25 Janaury.

Switchzilla added that it was on alert for the potential impact of COVID-19 (PDF) on its business. The network giant produces some of its gear in China, but also has plants in 13 other countries. Last year the company said it had cut down its production in China in anticipation of President Trump's ongoing trade war.

Cisco said it had "greatly reduced our exposure [in China] working with our supply chain and our suppliers", which gave it the flexibility to move its production between plants as necessary. ®