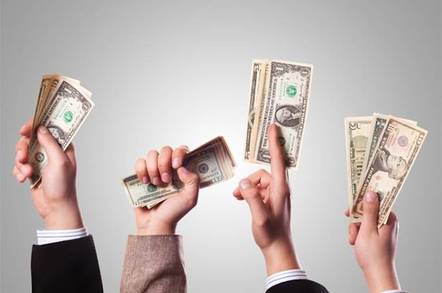 Roundup Between fanboys swooning over new Windows icons and a cracking time being had by Surface Laptop 3 owners, over the past week, Microsoft tinkered with backups and nudged Azure Sphere closer to release.

Kicking off an initial Azure Backup with Data Box

There was good news this week for those brave souls backing their on-premises systems up to Microsoft's cloud.

Azure Backup has been around for a while now, but as time has gone by, the amount of data has increased.

While shunting incremental backups of on-site data to Azure is relatively straightforward, that initial backup is straining the bandwidth for many. Microsoft has therefore wheeled out the big guns in the form of Azure Data Box (for up to 80TB) or Data Box Disk (for a weedier 7.2TB or less).

The theory is simple: order an appropriate sized data box, point the Recovery Agent at it, and then fire off a backup. Send the Data Box back to the white coats at Microsoft and your initial backup will be uploaded, ready to receive all those incrementals.

And heck, once those backups are in the cloud, it is surely only a short hop, skip and a jump to shift the databases there too, right?

I like driving in my car, without coverage it won't get far

Microsoft has had a crack or two over the years at pushing its software into cars. Who can forget that time it tried to fling the Window Phone interface at the dashboard, Apple CarPlay-style? No one? Or the joy of Windows Embedded Automotive, unceremoniously dumped by Ford in favour of Blackberry's QNX back in 2014? Support for the final version ends in 2021.

Now it's all about the Microsoft Connected Vehicle Platform, which general manager Sanjay Ravi reminded us was still a thing at Redmond Towers. Via the company or its chums, a vehicle's cockpit could be fully connected to Azure, affording all manner of in-car excitement from video conferencing with Teams through to the odd spin of xCloud.

More useful is the application of Azure's AI smarts to enable more interactive voice control and other services requiring a tad more compute than can be affordably shoved into the engine bay.

However, a note of caution needs to be sounded. Guardian reporter Kari Paul discovered what can happen when a car that likes a connection (not necessarily of the Microsoft flavour) found itself out of coverage.

today in sharing economy struggles: our app powered car rental lost cell service on the side of a mountain in rural California and now I live here I guess pic.twitter.com/XoqqMpEwdN

There are, we suppose, worse places in the world in which to enjoy a surprise hike. "The future," Paul observed, "is dumb."

As, we're sad to report, is the present.

An update for Azure Sphere

The seemingly forever-in-preview Azure Sphere received an update last week in the form of 20.01. The IoT platform, comprising devices using specific chippery and running a Linux-based operating system, is Microsoft's take on securing things. Over-the-air updates should keep things up to date throughout the life cycle of a device and Azure will take care of management.

The tech also looks set to finally become Generally Available this week after a very lengthy gestation since its debut almost two years ago.

The latest update includes a new power management API to allow apps to put devices into a power-down state (handy for the potentially constrained IoT environment) as well as tighter security in the form of the ability to disable computer-to-device communications with a view to blocking miscreants that might get physical access.

Those in the field with a legitimate need for access can still create temporary servicing sessions using the fieldServicing device capability.

Say "Nebulus" and this hack immediately thinks of the fiendishly addictive tower-climbing game of the 1980s (on Amiga for me, but ports for other home computers were available).

However, last week the Windows Phone world, still trying to stay positive about the incoming Duo, was thrown a bone in the form of the Emperion Nebulus phone, replete with a website that was rapidly replaced as observers began asking awkward questions.

Veteran Windows watcher Richard Hay shared some special moments from the site, showing screenshots of the device, which purports to run Windows 10 Pro and Android apps. Hay managed to snag a shot of the thing running what looked rather like Windows 10X.

Unless the gang behind the Nebulus had, heaven forfend, been getting a little handsy with the bitmap editor.

A glance back at the company's Twitter feed shows a device with 128GB of storage (expandable to 2TB), a 6,000mAh battery, a 6.19" display and "Windows 10 + Android in one!" Since Windows 10 has long since had its telephony stack yanked out, we'd speculate that Android would deal with the actual telephone calls.

Unless Skype is to be pressed into service.

Readers might recall the Planet Computers Gemini, which dual-booted into either Android or Linux (with lethargic performance for the latter). It is possible that something similar is planned for the Nebulus.

Assuming the thing actually makes it to market.

In the meantime, excuse me – that Amiga emulator is calling. ®